Please post your thoughts and comments on this 2017 release from Anathema entitled "The Optimist".
The album has been mixed in 5.1 surround by Bruce Soord (assisted by Vincent Cavanaugh) and is available to own on Blu-Ray and DVD-V. 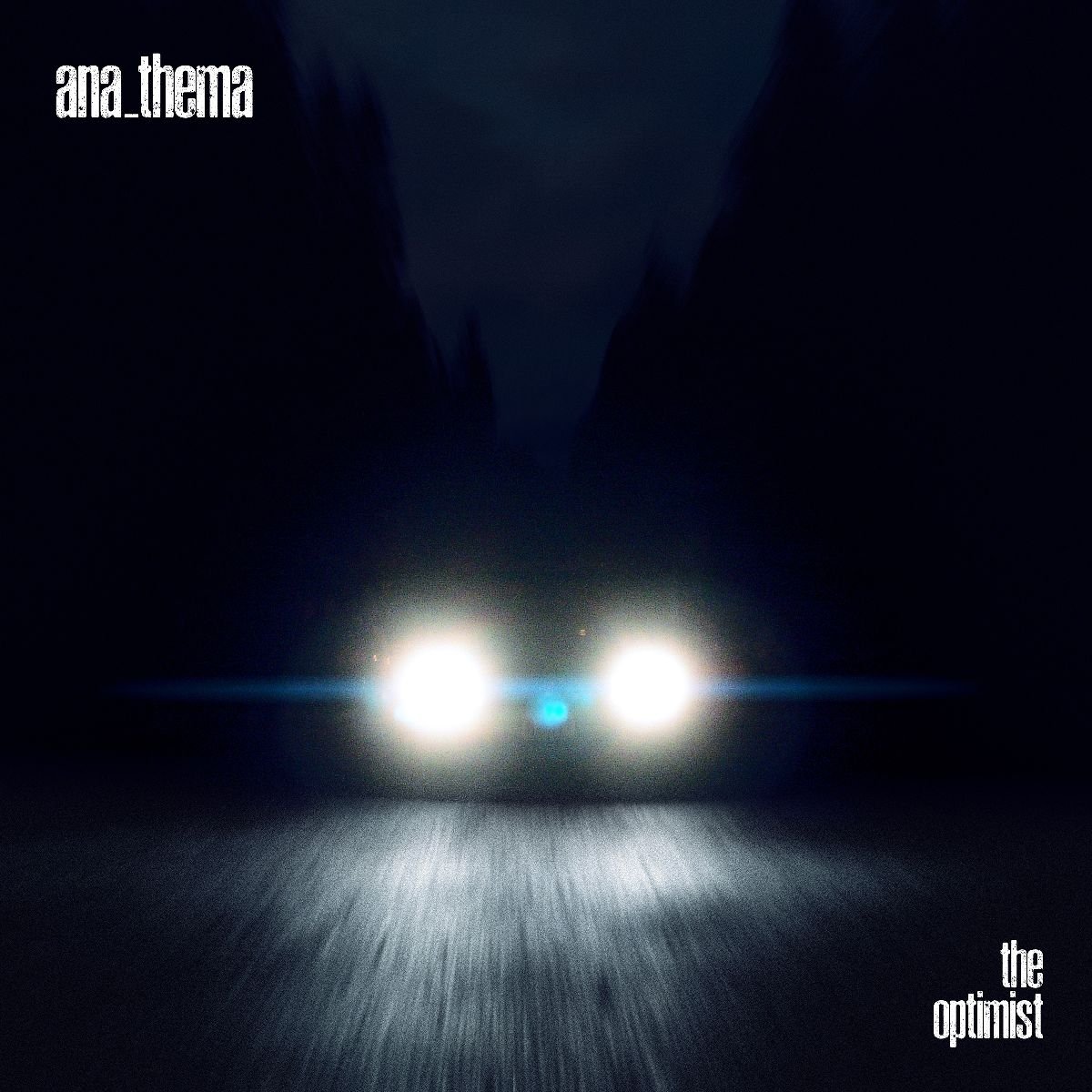 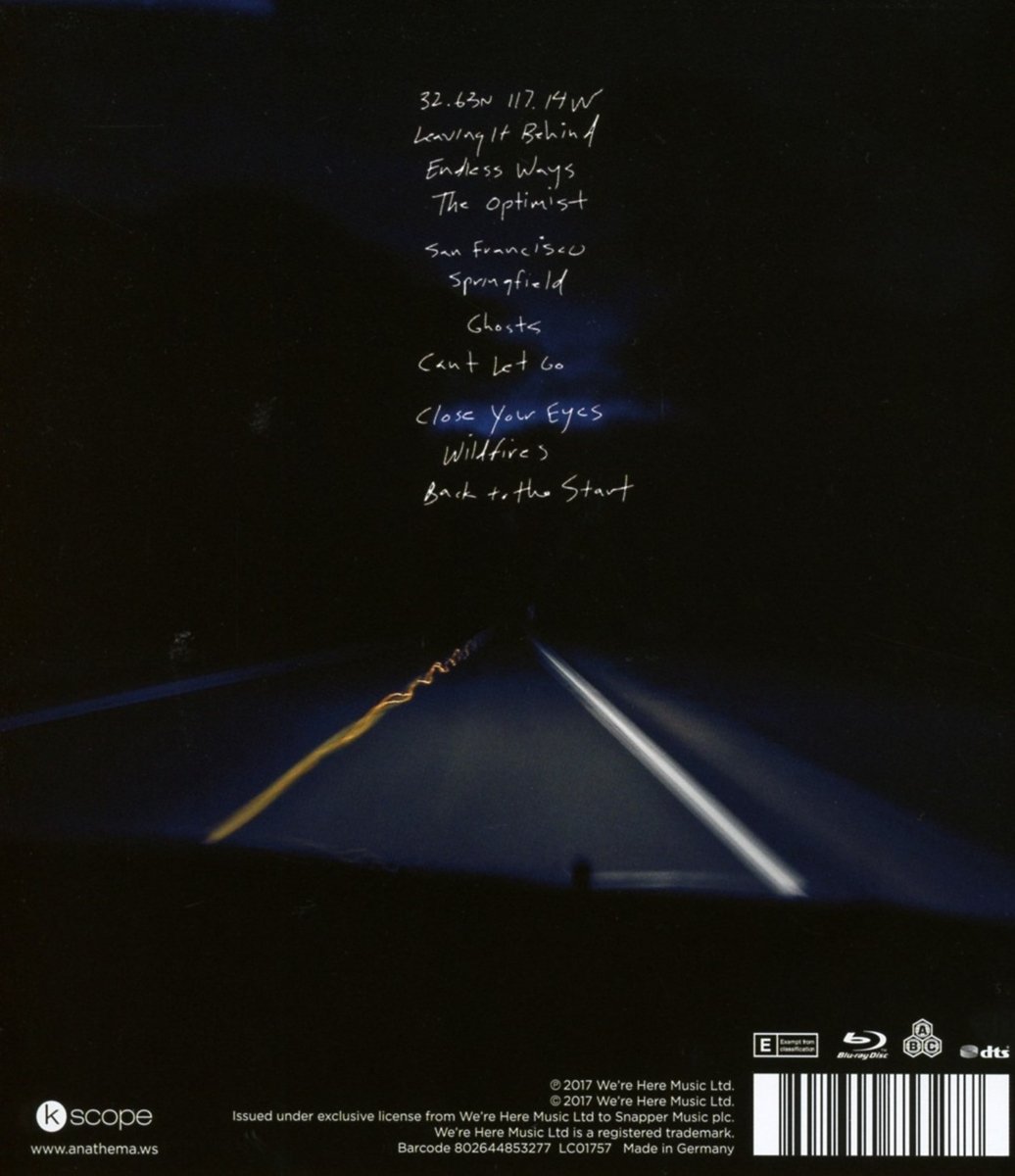 Is the blu-ray available only as part of Big Box set or standalone blu-ray or CD + blu-ray are available?

Available as Blu-ray standalone I got mine from Burning Shed yesterday.

Yes. This surround album is done very well and the music is good for repeated plays, for which I have done just on the first day alone. Also, it is very dynamic. Jumped out of my seat when the drums kicked in on Wildfires. I haven't voted yet but will soon. Right now, it's a 9 or 10. I listened to this with Dolby Atmos.

This is my first ana_thema experience. It is not my thing.
The music doesn't seem to go anywhere or develop very far. Songs start up and then pretty much stay the same throughout the song. Ocasionally a percussion effects sequence is thrown in the rears or a drum burst but then that is just layered onto the track and repeated. The songs seem to all end by stripping all the layers away suddenly and riding out the basic rythm that started the song.

The album would have worked better for me as an instrumental. I did like the instrumental track "San Francisco" and the orchestration in "Back to the Start".

The mix on the other hand was fairly discrete and the fidelity was good. I can't find fault in that.
Value wise it was sound, I got the disc for $11 USD.

I like the musical content, but it leaves me slightly underwhelmed. I think I prefer their previous effort (Distant Sattelites).

So my 8 is the average of:
7 for musical content (although I already feel it growing on me with each listen, so maybe a bit harsh to give it "just" a 7...)
9 for the surround mix and sound quality in general

Well, Gee. My first impression was, I didn't care for the music delivery. Then I waited a couple days, listened from afar, and thought I liked it much better. Listened again this morning...back to my initial impression.

Damn near every song starts out so quiet...goes in the quiet mode till nearly 2 minutes into the song. By this time, I am just wanting the song to change it up. For that reason, I simply get bored and click to the next song...only to have that same system repeated.

Great music takes time to appreciate. First listen not sure. Second listen much better. By my fifth listen I am sure I will be in love. And I am not referring to Lee Douglas. That may have already happened.

several listens now. Gave it a 9.

I moved over a year ago, and just barely got my shit together enough to get my surround all set up. I've got a lot of catching up to do. And this is the first album that I've spent time with since getting the new set up. It's an album that I'm quite familiar with, but listening to it in surround for the first time was a very engaging experience. Love the music - though not as much as Distant Satellites, and Bruce nailed the surround. I'm going with a nine, as I still save those 10s for those truly magical discs If you're a fan of the music, this is the best way to listen.

Took a chance on this band after they came up on a spotify mix after listening to Porcupine Tree while cleaning up the back yard. Not too shabby and looking around at other people reviewing this they seem to like their other albums, which I will have to look into.

The mix on this is really good. Dynamics were good for the most part (except for Springfield, that was the only one that felt supremely loud for most of its track and a bit unnecessary and off at its end.) All of their tones for all of their instruments are right up my alley. Guitars sound great (ex: Springfield) as well as the piano and vocal reverb/delays (ex: Endless Ways). Very clear and there's a lot of great things happening in the surrounds to keep my attention. The whispering at the end of 'Close Your Eyes' was pretty cool. There is a lot going on in a couple songs and everything is well defined and has a clear place to sit.

The issue I have with this band is most of their songs start off so slow and take FOREVER to get going. Sometimes it's not too bad because the mixing is good (San Francisco) but other times its just boring and annoying (Wildfires, but when it does come in, it comes in with a punch). And some songs will just not end by the time you think they should (The Optimist). I thought it was done 2-3 minutes ago... Some of the songs also sound a lot alike. It was a weird moment of 'Are they reprising that song or is this a new one?'

Value: I got it for $11 shipped. Can't really get a better deal than that these days for a normal CD, let alone a BD-A.

All in all, I gave it an 8 and I'm glad I listened to this, though I don't know how many complete listens this will get in the future. Seems like I might soften up to some songs after a couple of runthroughs (The 2nd listen was a lot more enjoyable than the initial one.)

Highlights: Endless Ways, San Francisco, Back To The Start

fthesoundguy said:
Took a chance on this band after they came up on a spotify mix after listening to Porcupine Tree...
Click to expand...

Had to laugh upon reading this. When I first discovered Porcupine Tree and Steven Wilson's music, I did almost the exact same thing - listened to pretty much everything the streaming services pointed me towards and bought whatever was available in surround. Some acts clicked almost immediately (Marillion, Pineapple Thief), others still haven't (Opeth, Anathema, Katatonia). It's amazing how this hobby can expand one's musical tastes.

sjcorne said:
Had to laugh upon reading this. When I first discovered Porcupine Tree and Steven Wilson's music, I did almost the exact same thing - listened to pretty much everything the streaming services pointed me towards and bought whatever was available in surround. Some acts clicked almost immediately (Marillion, Pineapple Thief), others still haven't (Opeth, Anathema, Katatonia). It's amazing how this hobby can expand one's musical tastes.
Click to expand...

Absolutely. I would skip every XTC song I came across almost instantly. After hearing Skylarking in 5.1, I now can actively listen to them any time. I also never in a million years would have purchased an Ultravox release but alas, here we are with it preordered and looking forward to it! Its so great how this format can open our ears.

Sad, ironic news today given that their last album was called "The Optimist".

Anathema announced today that the band is going on an indefinite hiatus citing the challenges due to the pandemic.
It sounds as if it might be for good though as the statement also said the following:
"as individuals, it is now time to pursue other paths in life."
You must log in or register to reply here.
Share:
Facebook Twitter Reddit Pinterest Tumblr WhatsApp Email Link