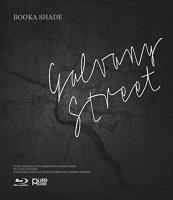 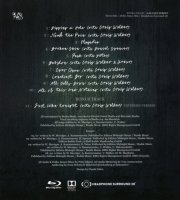 I have to give this a 10 as well. The start of the opening track "Digging A Hole", well I won't use the expletive which issued forth from my mouth when I heard it for the first time in Atmos, other than to paraphrase Blackadder and say "luck? don't you get it? It sounds almost exactly the same as f.....". Up until I bought "Dear Future Self" I thought this was the best sounding disc I'd ever heard, bar nothing. Honestly I think this delivers everything I'd hoped or imagined surround music would sound like back when I bought my Yamaha DSP-E1000. Unreservedly recommended.

This along with their Dear Future Self album and Yello's Point album should all be considered must have albums to demonstrate Atmos music, IMO. Even if the music isn't totally your cup of tea, these are DEMO quality albums. There are no Atmos movies that even come close to the sheer amount of rear surround and overhead use these albums present. Thus, I have to rate them 10s based on sheer surround competence.

Musically, this album is a different story from Dear Future Self, which was more of a straight up house/club type music album, however well done. This album is closer to a rock album, really, perhaps a bit alternative in nature with a few club bits thrown in a couple of tracks. It's much more musical than DFS and less repetitive, but at the same time it lacks the driving beats. It's a slower pace album, as a result and I had two very different reactions to it depending on my own mood at the time varying from this is even better than DFS to I'm craving some drum action; when is it going to get hot and heavy? (It never really does by comparison).

Musically, there some good tracks, but sonically it's hard to beat, especially in terms of surround. Most 5.1 suddenly sounds like crap compared to 11.1.6 and yet all three albums sound better in 5.1 than most albums made for 5.1 and I attribute this purely to the sheer discreteness of the mix. Many 5.1/4.0 albums (with exceptions like Pink Floyd or Edgar Winter and similar) are more like "stereo plus" than true discrete mixes that are willing to put sounds anywhere. There's that "instruments belong up front like on stage" mentality as opposed to, "Let's create a trippy sonic wonderland!"

These Atmos albums aren't afraid to move sounds and even vocals around the room, immersing (almost drowning) you in sound while even other Atmos albums that are well regarded (e.g. Hans Zimmer Live) have great sound, but up front mixes where the crowds clapping are the only consistent surround to expect). Some may prefer that. Personally, I want crazy and these three I mentioned deliver in spades.

Where does one find this? Looked everywhere....out of stock, unless I want to spend at places with ridiculously inflated resale prices.

ArmyOfQuad said:
Where does one find this? Looked everywhere....out of stock, unless I want to spend at places with ridiculously inflated resale prices.
Click to expand...

It seems it's out of stock at the moment. I bought mine from Amazon UK a few months ago.

ArmyOfQuad said:
Where does one find this? Looked everywhere....out of stock, unless I want to spend at places with ridiculously inflated resale prices.
Click to expand...

I went searching for this a while ago as well and came up empty...

The only option I could find was as part of a (pricey) deluxe box set at jpc.de.. much more than I will ever need so I passed.. Here's the link if you want to take a look