Please post your thoughts and comments on this quadraphonic release from Carole King, "Fantasy"

Originally available in the US on Q8 only, and in Japan on a CD-4 Quadradisc 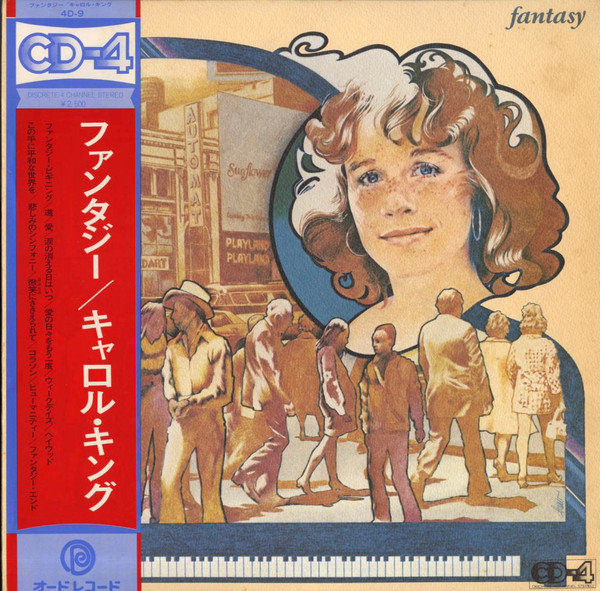 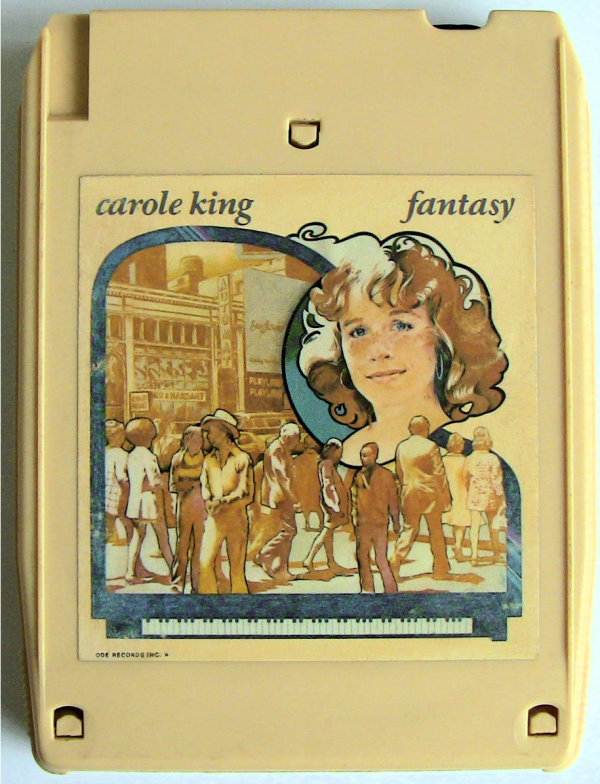 1. Fantasy Beginning
2. You've Been Around Too Long
3. Being At War With Each Other
4. Directions
5. That's How Things Go Down
6. Weekdays

The only quad CK missing: someone did a decent conversion of this title?

On the Q8, Haywood is split between program 1 and program 2.
OK on the quad mix, nothing flashy.

Tom in So Cal
E

All 3 of the Carole King quad titles have very little discrete quad effect that I can hear.

Thanks to those A&M 'let's not screw around with the stereo mix' guys that did their quad mixes.
E

I can't remember the specifics of those CK releases but I seem to recall a couple early Carpenters quad releases that were also nothing to scream about either; basically the stereo mix in the rear and a mono fold down in the front.

winopener said:
The only quad CK missing: someone did a decent conversion of this title?
Click to expand...

What the man said! I love this album. I have a very nice stereo LP version at home that has an engraved cardboard sleeve. I would love to hear the quad mix... Does anybody have a conversion or know where to find one?
E

It'll be a while before I get to those conversions but I will one day.
I'm thinking of just doing my own quad mixes of the 3 early King's (and maybe the early Carpenters too) based on what the official version did. Easy to take the album from a superior-to-begin-with CD copy and create a fold down for the front or send a lot of reverb to the back, whichever way they did it.
Indeed, with center channel extraction tools one could probably even do a better quad mix than the originals!

"Music" isn't too terrible. It has some discrete moments, but it's very front heavy. The rears echo the fronts minus some instruments that are placed hard in FL or FR.
E

Music I guess was the exception out of the four Q8's she had.

6 No great shakes musically or mixwise. Corazon is a KILLER track. Nothing bad musically, but nothing else earthshattering. Tapestry, and to a lesser degree, Music are her true classics. The later 2ch Pearls, which is features her versions of her compositions made famous by others, is also not to be missed.

For some reason, "Rhymes and Reasons" was my favorite CK LP of the Ode era. The Q8 is such a mess. I've extracted that Q8 to hard drive multiple times, only to stare and listen in disbelief that it's nothing more than a double stereo mess with poor fidelity.

Of the 4 Q8's, I've always considered "Fantasy" to have the best surround. I do have the CD-4, and when the Lou Dorren Demod shows up, I will try it out with this LP as one of the tests.

To me, Rhymes and Reasons is another near dud. Been to Caanan is one of her best ever tracks. It was one of the first Q8's I bought and it was very disappointing in performance and surround mix.


JonUrban said:
For some reason, "Rhymes and Reasons" was my favorite CK LP of the Ode era. The Q8 is such a mess. I've extracted that Q8 to hard drive multiple times, only to stare and listen in disbelief that it's nothing more than a double stereo mess with poor fidelity.

Of the 4 Q8's, I've always considered "Fantasy" to have the best surround. I do have the CD-4, and when the Lou Dorren Demod shows up, I will try it out with this LP as one of the tests.
Click to expand...

I've transferred Fantasy from Q8 using my Tate and it's not half-bad - it's no Abraxas but there is some discrete stuff going on in the rears. One of these days I'll get around to mastering and encoding it...

There is no denying Carole King's talent as a songwriter and arranger, since there are dozens, hell hundreds, of examples of her work with or without Gerry Goffin.

As a solo artist? Well, we can't go by her early material for Dimension, since that was done in the usual Brill Building, girlgroup style they'd help pioneer. When she did get around to serious solo work in 1970 (WRITER: CAROLE KING) what one heard was a modest, maybe even bashful singer/pianist who had no problem covering some past glories to remind us from which she came, but didn't offer anything exciting enough to herald her as a new force in pop music.

Given her overall catalog, I still find TAPESTRY to be that rarity: a modest album but with some intensity, emotion, and magic--it has its own special charm, and for me the only time the artist harnessed that charm sufficiently in one place. After that, the Ode albums offer highlights--some were singles, some not--but not the elusive perfection of TAPESTRY. That the album sold so phenomenally well is one of those happy accidents that occasionally happens in music, but the magnitude of that success far outweighed King's talent, IMO. As Linda noted, "Been To Canaan" is a gem, but the album itself doesn't have a lot more going on--it's spins its wheels. She did do some interesting side trips, like "Corazon," but I still cringe when listening to "Jazzman," since it pays homage to the worst, laziest aspects of jazz in a pop context. I mean, I don't know about you, but if I want to hear a jazz honker, Tom Scott just ain't on the list, sorry. Worse, overall, was that King's original material of this time wasn't nearly as good as her older stuff--which she would, thankfully, later revisit and claim as her own, so far as she could.

I do hope to hear this one well decoded eventually. Don't remember it having a lot of separation, but certainly superior to her other quad's, which wouldn't take much.

YES Steelydave! Rooting for you

The funny thing is, Jazzman is the only CK song I have ever sought out listening too more than once.

Carole King is a FANTASTIC songwriter, in fact one of the best at crafting pop fare. Beatles, Byrds, Aretha Franklin, Laura Nyro, James Taylor, Monkees, Blood, Sweat & Tears, Barbra Streisand and so many more have performed her songs. Who else can claim that? But, just like Dylan, Paul Simon, Paul McCartney, Brian Wilson and John Lennon, there is crap among the gems. Most of her albums are loaded with crap an a few gems. Tapestry is not. It is a truly great album.

And I like Jazzman. Tom Scott isn't Coltane or Byrd. He's not even Art Pepper. But take him for what he is. He's a good sax player who can be downright engaging given good material and a good arrangement. Innovator? Nah! Scott's tenure in Don Ellis' big band alone is a testament to him being good. Ellis was a perfectionist and HE WAS truly groundbreaking. Most of Scott's music is forgettable. Yet, his two LA Express albums are excellent and the ones immediately before and after (Great Scott and New York Connection) have some great moments. Most everything else I've heard from him is anywhere from fair to downright awful. His playing on Jazzman is one of its strongpoints. Ornette Coleman would likely be out of place.