Please post your thoughts and comments on this 2016 5.1 surround mix of the classic Pixies album "Doolittle". 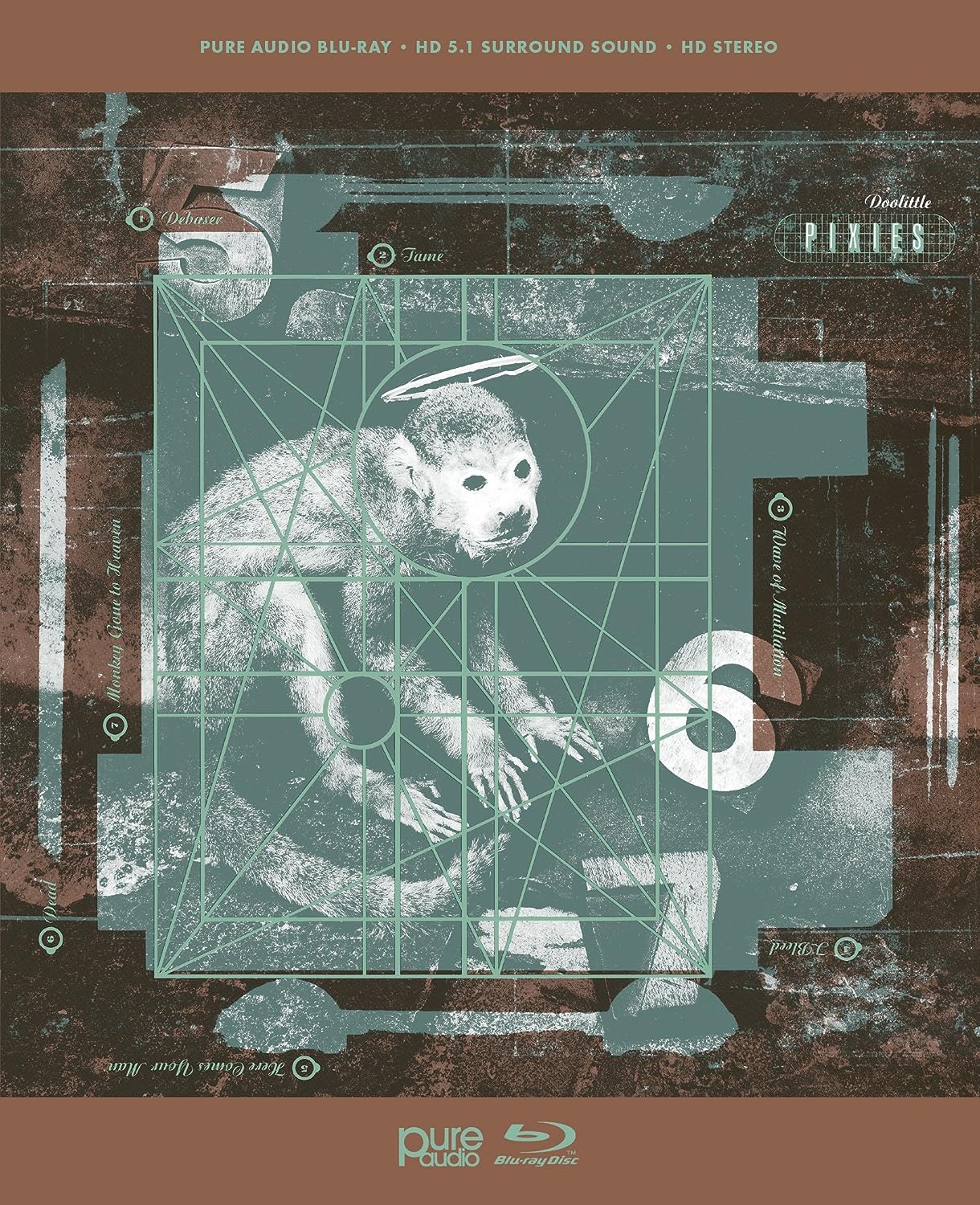 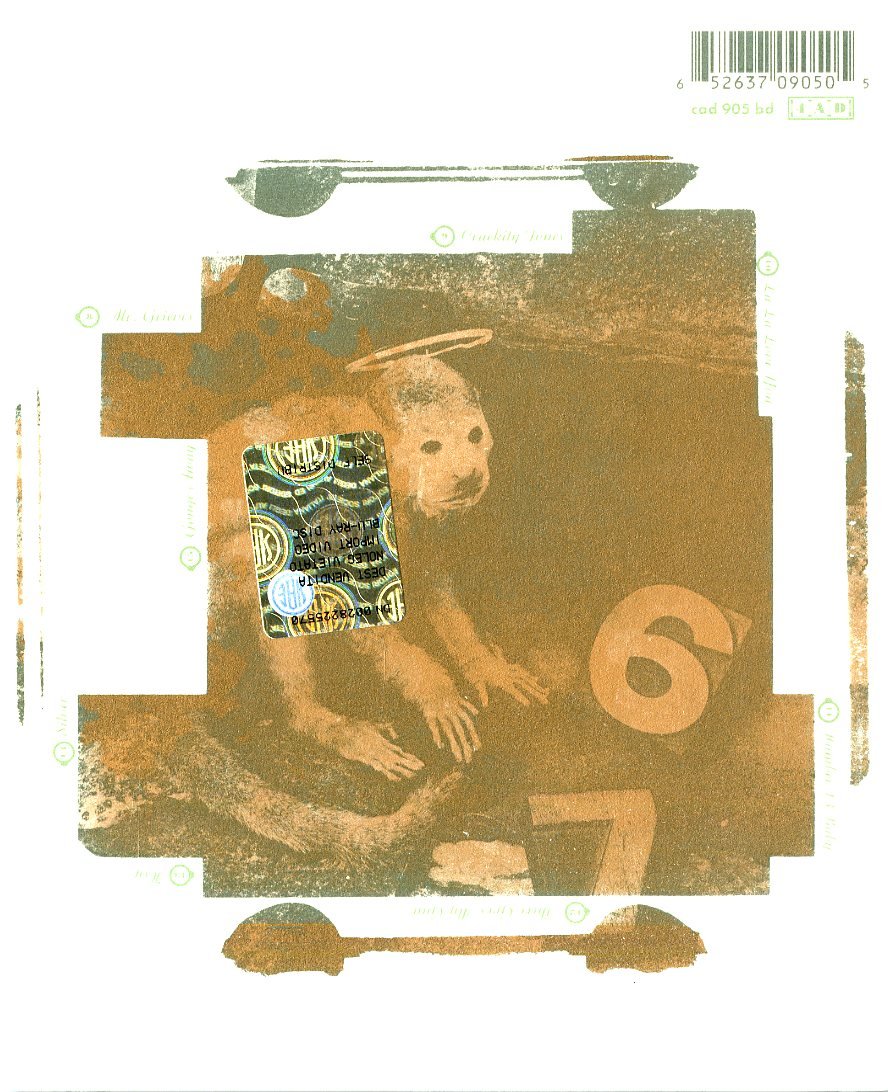 Simply spectacular. A 10 with a bullet. The power of this album is maintained despite very aggressive use of the surrounds. I think I finally get this album after this mix. Nicely done, Mr. Wilkes.

By the way, I cannot fathom how anyone would give this a 6.

Yep. I caught myself about twenty minutes after I posted that. Neil's work on the Love and Rockets disc is great as well. But that's a very different set of tunes than this one.

stormchaser said:
Simply spectacular. A 10 with a bullet. The power of this album is maintained despite very aggressive use of the surrounds. I think I finally get this album after this mix. Nicely done, Mr. Wilkes.

By the way, I cannot fathom how anyone would give this a 6.
Click to expand...

I cannot fathom why anyone would give this a 10.

The mix is not up to the standard or other surround mixes, "indie" sound quality, and the tracks don't grab me... 6.

EDIT: And someone agrees with me.

I voted 8. Packaging is great, menu is simple and good, liner notes are good with lyrics. 5.1 mix is discrete and well done, some songs show off the surround mix better than others. I have the MOFI stereo release also and this 5.1 really makes things better for me than the stereo. Probably the main reason for the 8 vote is performance, not my type of Rock music as I prefer harder/classic type Rock. I assume this to be Alternative Rock which can be hit or miss for me. I suggest listening to free streaming first in stereo to see if you like this.

Beginning with the tech specs, this Pure Audio Blu-ray sports a new 5.1 surround that comes in two flavors: DTS-HD Master Audio and LPCM in 24bit/96kHz, mixed from the analogue multi-tracks by Kevin Vanbergen. We also get an LPCM stereo mastering from MFSL. The disc comes in a paper digipack with a 20-page booklet that includes lyrics and credits. Blu-ray navigation is simplified by assigning remote control color buttons for each of the surround and the stereo tracks (no need to turn on your TV or monitor).

I think the music here will appeal more to fans of punk and new wave persuasions. I somehow missed the Pixies in the late eighties and only discovered them with the release of the MFSL SACDs. Great stuff if this is your style of music. Hard to describe the songs. I hear a strong Velvet influence (Here Comes Your Man), surf rock from the nth dimension (La La Love You), and just all around finger-snapping, toe tapping exuberance that for all its gritty punk stylings is melodious and hook-laden.

The surround is a huge upgrade in sound quality over the stereo, sometimes immersive and other times quite discreet with plenty going on in the rear speakers.

I like Doolittle a lot and imagine it will be getting many replays over the next few months. I don't usually vote a 10 (after all, nothing is perfect), but this album was so much fun I can't resist.

I have mixed feelings about this 5.1 reissue:

What they got right: Sonically this is the best version of this album available. I did a slight comparison to my Mofi vinyl and this is right up there with it. I was not surprised to read this was a direct transfer from the analog tapes, and the stereo layer is from Mofi's digital transfer. Well done. Man, Kim Deal's bass is a monster in this mix.

What they necessarily didn't get wrong, but needed more work: The 5.1 mix. There are rare instances with this mix where i got the wow effect of a great mix. Too often it sounds like most of the instruments are coming simultaneously out of all speakers at the same time. There is not enough dynamics in the mix. The best moments are "Mr. Grieves" and "Silver" where there is space and different speakers are assigned one or two instruments. The mix lacks space; three dimension.

That being said, I read that one of the big wigs at Beggars Music really likes 5.1. Beggars which is a part of XL records, Matador, and 4AD have a wealth of great artists (Queens of the Stone Age, Deerhunter, Mark Lanegan) dating from the 90's to now. I really hope people support this album (the music and sonics are excellent) as it might open up the possibility of more contemporary alternative music popping up in 5.1.
Album: 10
Mix: 6.5
T

1. I really enjoy this album. Great tunes and an entertaining listen.

4. Packaging is cardboard (damaged enroute as usual), so I have a problem with it. Not a major, obviously, but a standard BD case would have been better.

5. Music videos would have been nice (not that Pixies music videos are that spectacular, but there's plenty of unused space on the BD) but again, not a major.

I hope more Pixies gets surroundified.

I normally don't play my music loud but this one needs to be played on the loud side to be appreciated. Mind you, what I call loud is probably closer to normal for some. The fidelity, as others have mentioned, is very good. With the music cranked a bit what I'm getting from this disc is a punchiness with an edge and that is the main attraction for me.

I get it that some people may be looking for more mix-wise but personally I like it and I don't have any problem with it.

It's taking me some time to get used to all the tunes and I am warming up to most of them; except for "Dead" which seems to be the least accessible for me.

I don't have much else like this in my collection so it does fill an empty spot. I'll give it a 9.
P

Well I like to play things loud but can't always due to others in the house and a grandson sleeping next to my music room but today had a chance to blast this one up and it sounded much better to me than my previous listen. I am quite familar with Pixies stuff as have all their albums so this is improved in surround but can't put my finger on it somehow doesn't totally hit the mark surround wise so this one gets a score of 8, still very enjoyable and glad I have it.

I bought this on Saturday at my local record store. I was going in hoping for the new Steven Wilson and found they had added this since I had last been in. I know what you are thinking that this is an old release but they must have gotten a deal on it because they had 2. It has been about 4 weeks since I was in the store and the surround available has changed a bunch, so I must not be the only one buying. Anyway, back to the disc. I listened on Saturday when I had to listen at a low volume and was underwhelmed. I listened today when I could turn it up and was blown away by this disc. I thought it was a good mix and will be on my playlist for when I need to be sonically assaulted. I can't believe it took me this long to buy this disc.

I think it is very well-done. Not ready to vote, but when I do it will be a fairly favorable rating. If you like CD or LP at all, this tastefully opens the album up nicely.

am I correct in understanding that this is a different mix than the mix for Minotaur?

From what I have read, Minotaur used stereo masters and did an upmix for that 5.1 blu-ray whereas this disc used the original multi track masters?

salsdali said:
am I correct in understanding that this is a different mix than the mix for Minotaur?

From what I have read, Minotaur used stereo masters and did an upmix for that 5.1 blu-ray whereas this disc used the original multi track masters?
Click to expand...

That's my understanding, as well. I was going to spring for the Minotaur box set but was put off by the lack of discreteness...so glad I waited. The new 5.1 remix is wonderful.:banana:

Just got this the other day -- never had anything by the Pixies, even though a Brit friend back in the late 80s called them the best band ever (?!). Waited until I had surround to judge.

Glad to have it!

Surround Mix: The mix as others have mentioned is inconsistent from a surround perspective. 6 = 1.8
Audio Fidelity: Surround issues aside, the fidelity is much better than my cassette . 8 = 2.4
Content: I have always liked this album, a little heavier than their peers when it was released. I also appreciate the different formats on the blueray. 8 = 2.4
Package: Simple yet easy to use, no reason to bang them for it being exactly what it claims to be. 8 = .8