Surround sound for music is a dumb idea

Doug G. said:
Have any people who insist Julian Hirsch was a strict objectivist actually ever read any of his reviews?

Well yes I have multiple dozens of his reviews. Learned a lot but a continuing thread was that almost anything of audible difference in his opinion was due to frequency response derivations.
Edit: makes me realize he was a strict objectivist.
Last edited: Jan 7, 2022

LuvMyQuad said:
I don't listen to capacitors either. I've tried long and hard. They just sit there and make no sound.
Click to expand...

gene_stl said:
I have a local audiophile buddy, who is friends with Nelson Pass. (He was a big exec and has a Home Theater that I imagine he spent about $400K on.) He reports that NP does not think that differences in capacitors are very audible.
One of the few areas where I agree with him. Accidentally. I do also like FET power amps, but prefer to buy Haflers and ones of similar ilk (ie smart cinema)
Click to expand...

I don't know about audible differences in capacitors in preamps, power amps, etc, but I can tell you beyond a doubt that they can make a difference in loudspeaker crossovers. It is especially so when the capacitor is in series with the driver. I went through three sets of capacitors on the upper midrange of my AR9's and AR90's before I found something that worked. The two earlier iterations (Solens MKP and Jantzen Cross-cap) were raspy sounding, with the Solens sounding absolutely horrid. It was a matter of incompatibility of polypropylene type capacitors with that particular driver / circuit. I finally had success using Mundorf E-Caps. The E-Caps were NPE type capacitors, which were of the same type used in the original crossover design.

Prior to this experience, I also thought that capacitors just sat there and made no sound. A colleague who had made the same mistake of using an incompatible capacitor in another AR speaker wrote me: "...there was a harshness that would damn-near run you out of a room. It wasn’t subtle, it wasn’t even possibly imaginary, and it was so horrible that I just about cried."

"Do not argue with a fool. He will drag you down to his level and beat you with experience." attributed to Mark Twain
Last edited: Jan 8, 2022

gene_stl said:
I haven't used loudspeaker crossovers, since 1977. They also contain inductors and power resistors. POWER RESISTORS. Turning your amplifier power into heat. Eating a minimum of half your power and the more ways the crossover the more power it eats. Immutable unchangeable engineering facts there. They also eliminate amplifier control of the diaphragm damping. Not to mention L or T Pads or other rheostats to Trim the tweeter(s) and midrange(s) A function that should be done by a shelving control BEFORE the power amp(s).
Click to expand...

I'm laughing because the four-way AR9 uses NINE capacitors; and I had to replace all of them. One of the original capacitors was 2500 uF and looked like a German hand grenade.

It took five new caps to replace that one alone because it was so big. The AR9 also has seven inductors. But it only has one power resistor...in that upper midrange driver circuit that drove me bananas!!!!

I've got all the attenuation resistors out of the circuits.

[Edit: I should have mentioned that the AR9 is well known for requiring enormous amounts of amplification for it to 'do its thing.']
Q

The wife and I have a running joke. Whenever I change a component or speaker I just look at her and say; You know dear, now I have to listen to everything again!

Sonik Wiz said:
Well yes I have multiple dozens of his reviews. Learned a lot but a continuing thread was that almost anything of audible difference in his opinion was due to frequency response derivations.
Edit: makes me realize he was a strict objectivist.
Click to expand...

But he would always have a discussion about whether or not listening to a speaker or whatever would agree or disagree with measurements which automatically takes him out of the strict objectivist category.

gene_stl said:
But I did quickly develop a preference for Audio magazine. which was preferred by folks who had a little more technical background.
Click to expand...

Audio was my favorite magazine as well. I couldn't deal with Absolute Sound in the early years. HP was just too much of a prima donna. Great cover art though. Who did Anthony Cordesman write for? I liked his stuff.

I liked Audio the best, too. Stereo Review a close second. I never really liked the magazines that read more like novels than volumes about sound and reproduction equipment.

When quad appeared, I could hardly wait for each issue and I would read the quad articles/reviews several times.

gene_stl said:
tonyE I was talking to Jimfisheye and not you.

When you rassle with a pig you get muddy and the pig likes it.
Click to expand...

I beg your pardon?

You own this forum now?

gene_stl said:
I am always willing to argue points. However TonyE has degenerated into poor manners so the thread is done for me. He does have a talent for receiving the info he wants to hear. I will correct his last errors one by one..
Click to expand...

And now you keep calling me names.... now, who is the one that is being rude here? Hmm... and you just called me a pig... you've assaulted my prose, my essays, told me I have to go back to school and my ability to read posts. Hmmm...

Next, you will accuse me of owning a Bose Acoustimass?

Besides, I thought you said you were done with this thread....

The bottom line is that you keep making many comments as facts when they are based solely on your opinions, I've seen that going back. No one has challenged you to figure out WHY you keep saying those things, what is your basis for such statements. After seeing your comment on quoting Audio "Science" I decided that I wanted to know why you make such statements and we found out that you believe strictly in taking measurements, believe that amplifier technology reached effective completion about 40 years ago and insult anyone who dares to think otherwise... and/or are insulted that anyone would challenge your statements.

The interesting thing about your style is that you make sweeping generalizations as if they were coming from the Greek Oracle of Delphi, but once we dig into it, the man behind the green screen appears.

Why don't you just agree to your biases? Most of us do. I have, I know I don't know everything, so I tend to be guarded with most of my opinions. Seriously, go back to my posts with you, I question your statements but I don't throw mine on top of you. Realize that the subject matter is rather complex and that people may have different ideas and respect their right to question you.

Note: have you ever had a Technical Peer Review of your work? Trust me, you learn not to take constructive criticism of your work personally.

Oh, btw, the only way to avoid using a crossover, any kind of crossover, is to use a wide band driver. Or, perhaps a rather complex set of very high sampling rate AD/DACs... some active speakers do just that. Does Genelec do it?

And that statement is not correct either. A passive speaker crossover need not use resistors, it can use the impedance of the driver as part of the circuit. A simple crossover can get away with a capacitor and/or inductor.
Last edited: Jan 8, 2022
T

gene_stl said:
Anthony Cordesman wrote for Audio. My stereo buddy was much more into magazines than I was and got a copy of the absolute sound which he started calling the absolute baloney. When he was done with such things sometimes I would look at them but not in the case of TAS and really not stereophile either.
Click to expand... 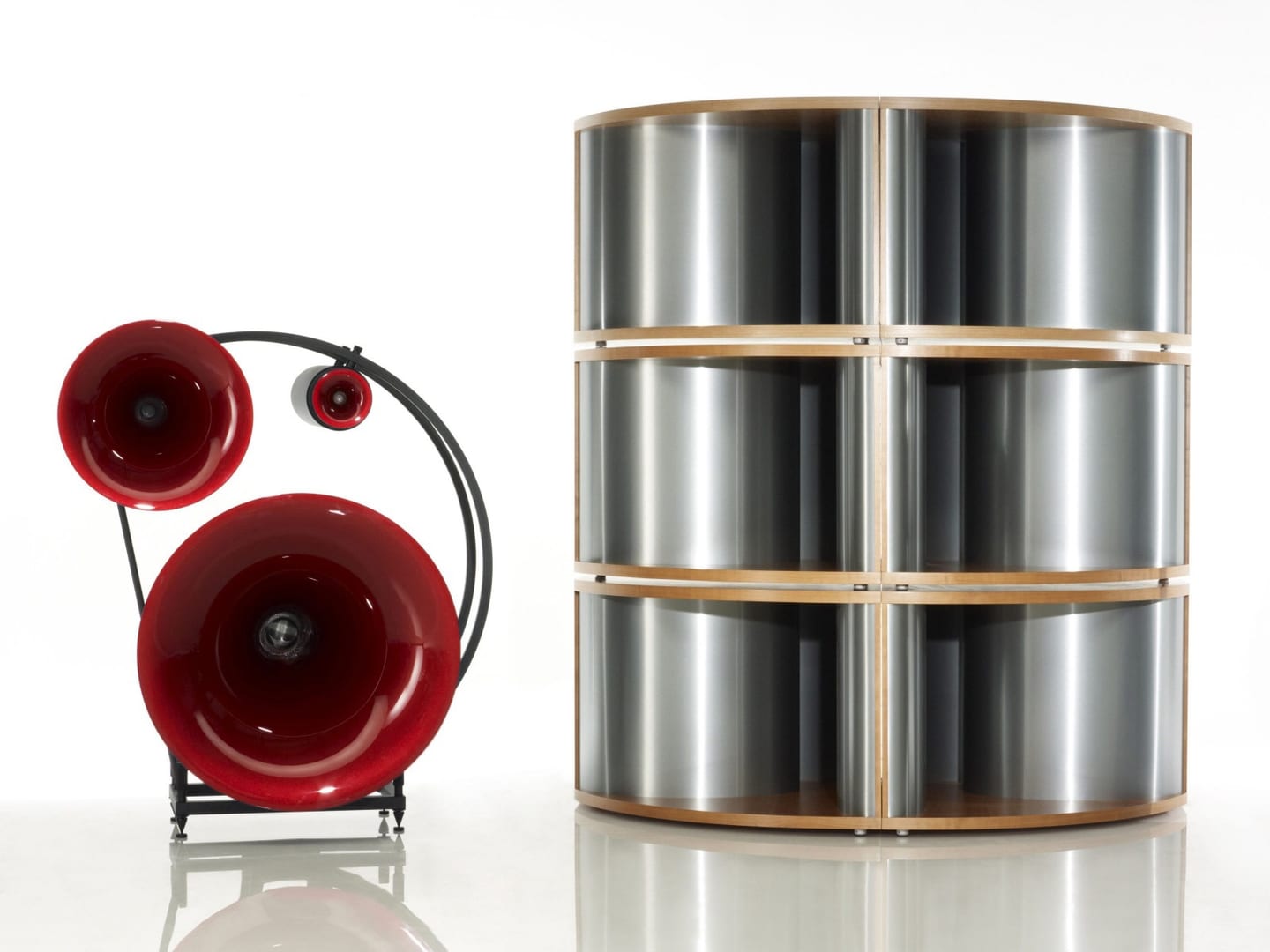 Quadmon said:
The wife and I have a running joke. Whenever I change a component or speaker I just look at her and say; You know dear, now I have to listen to everything again!
Click to expand...

Best sounding music surround files in your car, your choice.

Hello everyone, my name is Jared aka Methuselah’s Grandpa & I love surround music so much that…