Please post your thoughts and comments on this Multichannel SACD release from Sony Japan of Jeff Beck's classic 1976 album "Wired", featuring a repurposed 5.1 surround mix of the classic Quadraphonic mix, now back in print for the first time since the 1970s! 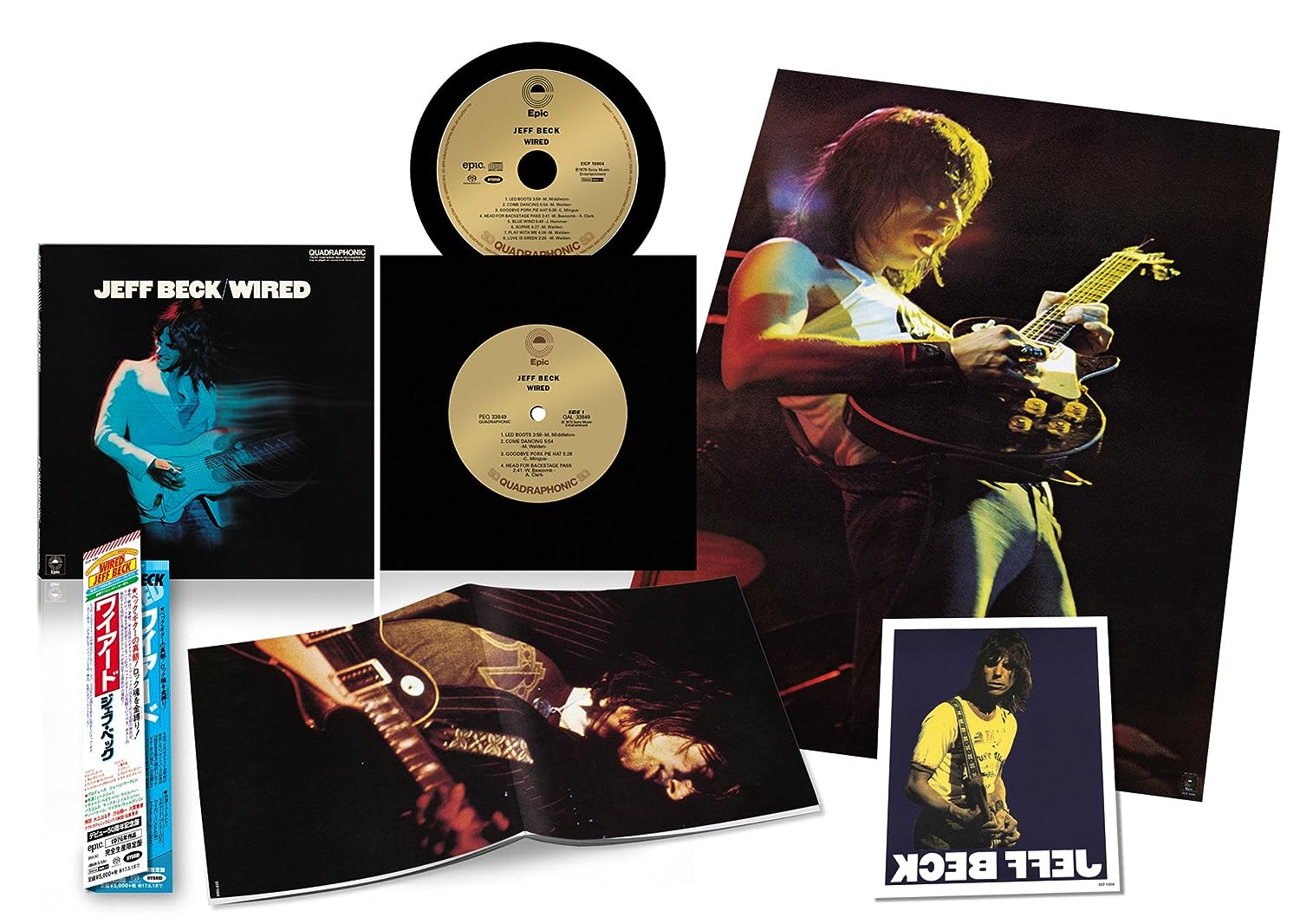 Voted a big 10. This is release is reference quality and you will whip this out when your friends come over. A top 5 surround disc. Now Blow By Blow has a partner in the top 5.

marpow said:
Voted a big 10. This is release is reference quality and you will whip this out when your friends come over. A top 5 surround disc. Now Blow By Blow has a partner in the top 5.
Click to expand...

Definitely a "10" in SACD Surround Sound.
Great job from the team at Sony Music.

This disc sounds great... sound quality is excellent with really deep, thundering "seventies" style bass, full sounding drums, every instrument heard clearly without distortion. The mixes are very discrete, with drums, bass, and other instruments spread across the front speakers on most songs, and usually different isolated instruments (keys or guitar) presented in each rear speaker (I say 'usually' because the song "Sophie" has almost all the instruments in front with only some slight ambience sounds in the rears... I'm honestly not sure if this song is a real surround mix (upmix, maybe?) or if it was just mixed by a different person than the rest of the disc). The music is fantastic... jazz-rock fusion, but more rocking than jazzy. This is a pricey disc, but well worth it, IMO. 3/3 for sound quality, 2.5/3 for surround mix (took off .5 for the lack of surround on "Sophie"), 2.5/3 for content. 8. Get it while you can!
Last edited: Nov 8, 2016
B

I voted 5 as I'm not happy at all with the overall SQ of the Wired multichannel mix. In my opinion the discs that I own that are a "10" would be Roxy Music's - Avalon, Bryan Ferry's - Boys and Girls and Beck's - Sea Change to name a few. The Wired SACD multichannel mix is not even remotely close to those mixes in overall SQ.

Just listened to the whole disc...I was dragging my feet to open it, cause I thought it looked so cool wrapped.
Anyway - I think it sounds just awesome. Punchy bass, funky here and there and some nice guitar licks showing up in the rears. To me, it doesn't sound dated whatsoever. I voted a 9. Good stuff.

GOS said:
Just listened to the whole disc...I was dragging my feet to open it, cause I thought it looked so cool wrapped.
Anyway - I think it sounds just awesome. Punchy bass, funky here and there and some nice guitar licks showing up in the rears. To me, it doesn't sound dated whatsoever. I voted a 9. Good stuff.
Click to expand...

Well, you can't say this disc is not discrete!

The music is excellent, and this is a perfect preservation of a classic quad album.

My only complaint is the cost. Somewhere else members were polled about paying alot for a single release. Well I am lucky that I can do it, but maybe not everyone is in the same boat. At over $50 for a single disc this is excessive. Sure the package is nice, but I would take the music in a plain paper sleeve if you charged me $15 or $20 instead.

So I would say, if you are a fan you will want this and with good reason. I just wish they would keep things economical.

Not particulary thrilled with the disc. Nothing major to complain about but nothing major either to get excited about. preferred Wired to Blow By Blow in the 70's but now prefer Blow by Blow. will give it a 7. Led Boots by Hiromi on SonicBloom is much better than Jeff Beck's Led Boots on this ablum

I just got my copy today from CD Japan, it took about 2 months to finally arrive. The sound of this disc is superb, it's always been my favourite Jeff Beck album and so gets a 10. The packaging is the best I've seen. The price is high but you get what you pay for!

I just gave Wired a 10.
I have all the Jeff Beck Quad LP`s and this just blows them out of the park SACD.
L

It's a little expensive, but worth every penny.

Well I finally got around to listening to Wired. This is the Japanese Mini LP format SACD in 5.1 version. The cover says Quad. I'm sure most of you know this album well so a written review of this disc is almost futile. What more can be said that hasn't already been said. But I'll chime in anyway. For starters, I normally wait and listen to the whole disc before voting but I gave it a solid 10 after the third song "Good Pork Pie Hat" perhaps on merit alone. Of the 3 great late 60s British rock riff meisters, Beck, Page and Clapton, only Beck veered away from the blues-rock pentatonic world into modern jazz-funk, ushering in a whole new genre with the likes of Billy Cobham, John McLaughlin and Jan Hammer (a long time JB collaborator). Wired is a rock-fusion showcase and holds its own up there with Spectrum and Birds of Fire. From the haunting intro on Goodbye Pork Pie Hat to Bascomb's bass guitar on Blue Wind and Sophie (sounds like he's playing a fretless), this is a rock-fusion tour de force. Love is Green a classy guitar-fusion staple. "Come Dancing" another fine example of funked-out rock-fusion. There is not a bad song here. Beck at his best backed by the best fusion players on the planet.

The sonics on this disc are wonderful. Lovely dynamics throughout. Drums in fronts, centre. Guitar mix is fronts for most solos with rhythm guitar in rear right with keys rear left. Glad I picked this one up. No matter how many times I listen to it I can never do anything else while it's playing, must stop and listen. The music is so captivating. I will post a some thoughts on BBB soon which is another brilliant disc in its own right. But given the choice, for me Wired is a notch above. 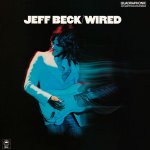 Tubelicious said:
Thanks for the prompt response!

I'm a little unsure that just disabling center and LFE will actually "revert" back to the original 4.0 signal. I'm very newbish in general so please bear with me:

If the signal is manipulated to 5.1 from 4.0, then that's irreversible isn't it? Those frequencies and signals have been cut and then re-added by whatever media player you're using back into an approximated 4.0 right? Maybe I'm just dense but for example say you recorded a stereo signal to mono (say for example with a "Mono" switch on your Receiver / preamp). Then if you take that same tape and play back on the same receiver preamp but then switch the selector to "Stereo" you would NOT get a stereo signal since the way it was recorded was the summed mono signals on both L/R tracks of the tape. Seems like 4.0 to quad would be something similar.

I would love to be proven wrong since its a lot easier to find Multichannel mixes that were made from quad (ie; This Jeff beck, Moody Blues, etc) than releases that are dedicated 4.0 or have both (like some of the recent Floyd or Clapton boxes).

Thanks in advance for being gentle
Click to expand...

This has been discussed here and there. You have nothing to worry about. Nothing is removed in the mains and rears just info is added. Center and sub channels are redundant. Put it on your list. There are others done exactly the same way. I gave it a 10. This album is great and the quad mix is very good.

Just got this SACD recently and finally ha the opportunity to crank it up. I'm an amateur guitarist so this is a great album for me and I really enjoyed the mix, I did find it a bit uneven though. Sophie is disappointing - I checked and my Sansui QRX 7001 provided a better surround upmix through VarioMatrix than what is on the album. Gave a 9 in the poll because of that. But I can live with that one track since this is a wonderful, classic album brought back in this format straight from the 70ies Blow by blow is next on the list!

This is probably the only time I will say this. For me the surrounds are getting too much info. & volume on some of the songs. Awesome otherwise.....
S

So , it's been verified that 1) this is the original quad mix with a C and LFE derived from it and 2) the C and LFE are redundant, and could be silenced, to recreate the original 4.0 mix?

ssully said:
So , it's been verified that 1) this is the original quad mix with a C and LFE derived from it and 2) the C and LFE are redundant, and could be silenced, to recreate the original 4.0 mix?
Click to expand...

having compared the Japanese MultiCh SACD in 4-ch and 6-ch configuration to both a Q8 transfer and my own Surround Master decoded SQ LP needledrop, i believe the C & LFE on the SACD can be safely discarded without fear of adversely affecting the channel balances, EQ etc., of the surround sound.
You must log in or register to reply here.
Share:
Facebook Twitter Reddit Pinterest Tumblr WhatsApp Email Link