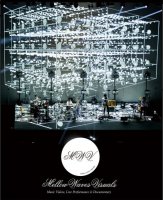 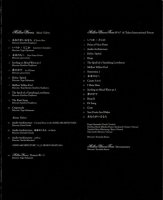 I picked this up earlier this year and it remains one of my top gets in surround. A feast for the ears and eyes. The studio album along with the Visuals (which are also incorporated into the live concert) is 5.1 DTS HD MA 24/96. The live concert is stereo only as 24/96 pcm - still it’s a stunning show and great package overall - great content, Surround mix and fidelity - a 10!

Here’s a track from the concert

I must agree with the other 3 votes: this is 10in all respects for me. The music really works for me & it's one of those mixes that seems to fill the room with distinct sound points, but with out sounding ping-pongy. This is great demo material for the surround curious. It ranks up there with Yello: Point & some Studio Voodoo, Abbey Road, & a few others. Actually the Mellow Waves Visuals has a distinct edge, that being the visual part. So many today will sit for a feature length movie, or 8 hours binging on Netflix, but to sit still for 45 mins & listen to "just" music would be torture. The video part of this release takes it to a whole new level. Dear Future Person might be my favorite:


I'm aware of the other polls & comments on Sensurround & 5.1 I should look into!

Been a Cornelius fan for some time. It took a while to track this down and it was a stiff ticket when I finally did, but so well worth it. The content is superb... innovative and without a doubt, discreet surround at its finest. This and Max Cooper Emergence may well be my top releases of the last few years. 10.

But every single one of them pounds are worth it.

Cornelius is without doubt, one of the most gifted artists that Japan has recently produced.

The mixing is beyond exemplary, he is the Far Easts version of Steven Wilson and some.
And dare I say, probably one of the best innovators of his genre.

I had dithered over the price for a while but recently I have decided, Just do it.
After all, how many more years will my ears be able to detect the utter brilliance, that geniuses like Cornelius produce?

All the previous comments are spot on.

This is the creme de la creme in every department.