Giancarlo,
FLAC is my preferred format as well. I'm happy to hear there will be so much new music in 2021!

As a disc is not an option, I certainly would prefer flacs to no surround at all. Plus, I *very much* appreciate your kind offer of an ISO file through this forum. I’m very novice at audio software things, but feel fairly confident I'll be able to burn an ISO --I’ve just done a quick search and found plenty of web instructions like this one: How to Mount and Burn ISO Files in Windows 10 and Previous

I thought you might like to know, as others might be the same, the main problem with flac files for me is, I have to put up with sudden silences between songs that might normally be gapless from one to the next (hopefully you follow that). I have tried over and over and failed to combine flacs in those situations. So the benefit of an ISO file for me would be that hoepfully there are no gaps between songs when there shouldn't be .

Also from a consumer behaviour point of view, in case you’re interested, I was initially disappointed there were no surround discs for Allow Yourself or Ends, and so was initially put off buying them, but I came around when I thought it through and realised this was your way of still getting surround music out (a conclusion you have now confirmed in this thread). Hence, I think, while consumers would obviously prefer a dedicated surround disc properly packaged with the release, like me, most will likely come around. And whenever I'm offered a download of extra music with an album, I have now started to create a disc of the flacs, which I stick in with the physical release, so that I end up with that ‘second disc’, even if I've had to create it myself.

Who knows, maybe one day down the track, offering ISO files as some kind of exclusive audiophile (?) option for those that want it may become a mainstream thing. There certainly appear to be step-by-step instructions out there in Google land. Burning Shed may even decide to trial it in their free music downloads section? Nobody else is doing it, as far as I know.

Anyway, thank you so much for all the music - looking forward to more! - and all the very best to you from Melbourne, Australia.

The future's so bright, I gotta wear shades.

Hello everyone, sorry for late replies but I've been investigating more on all of this, while writing what is at the moment the second lead track for new Nosound album (something else!), and talking with Kscope about possibilities and stuff.

It's nice to see that FLAC seems an accepted option. That's great to know for me because it means I know there's at least ONE way to release this music in surround, and I can then concentrate in finding if there's any better way than that, but in the meantime we all agree that if nothing else can happen, a FLAC download is perfectly fine

So, I do have some good news, potentially. Thanks to your support and ideas, I got some peace of mind to explore possibilities in the modern world of authoring software.

I've got a few days to tests solution, if I succeed I might be able to produce for all these releases a dvd-a with pcm 24/48 5.1, and a dvd-v part with stereo pcm 24/48 and a dolby compressed standard (if there's space a dts as well).

It would be very simple stuff with only static pictures (IF there's space), but at least might be a disc with hires surround and stereo mixes.

If anyone would mind to help with ideas in terms of authoring solutions, please PM me. I do have a plan and these days will be frantic testing if that works.

So, I keep updating this as it might apply to more than one release, and not just mines.

As I keep digging deeper, and I managed to get working dvd-v DTS9624, and also a very basic dvd-a, the reality is that dvd-a poses big limitations and constraints on the disc, and is even more dead than it was before as also MLP is dead (quoting directly from distributor):

"..about MLP and the Dolby Media Encoder...Dolby stopped supplying it back in August 2020 and will stop service for it entirely in August 2023, with licenses auto-expiring in October 2022."

Anyway the good news is that there will be more releases this year and next in surround, just probably not dvd-a and not BD.
F

Thanks for keeping us updated and being so transparent throughout all this. It also gives us interesting insight in what producing an album involves outside of recording it.

fcormier said:
Thanks for keeping us updated and being so transparent throughout all this. It also gives us interesting insight in what producing an album involves outside of recording it.
Click to expand...

That's my pleasure, we do what we do for music lovers like you, so it only makes sense to always have a direct contact.

Indeed there's a lot going on behind an album, in particular for someone like myself who has its own recording/production company and so although signed with Kscope I do everything from start to end within my own company.

As I always say music is the half creative and fun part of it, then there's the other half (like everything) that someone needs to do to make the first creative half going out in the World

A short update...once again, thanks for all your suggestions and feedback, feeling your support (and opinions!) really helped a lot.

And thanks to a lot of testing by me and a fellow member here that deserves at least a signed copy and a few beers...I can say we're on track for a good surprise for all lovers of surround, high resolution, and physical discs, for not one, not two, but three releases.

And all done with modern software, without resuscitating old buggy (and way too restricted) software...and good news is that apparently now replicating facilities are getting over Eclipse and DDPs.

I can't say anything official or in details, not yet, but I can tell I've worked my ass off for two weeks and now I have a good modern system that will be resused many times for authoring the lovely hires surround music that you love and that is also what I actually do love doing the most

Sal1950 said:
The future's so bright, I gotta wear shades.
Click to expand...

Oh dear. Sorry! - Yes, probably got a bit carried away in my comments. Just excited by the prospects. Especially the possibility of a new surround Nosound.

Tomorrow I should have a final talk with replication factory, let's say that we have at the very least a hires disc on standard with most of the hires discs nowadays, but might be also bit more than that!

And it's going to work for as many releases as I'll get to work on...so potentially a multiple good news for you guys.

Hello everyone, I'm very glad to report that also thanks to all your positive feedback, basically telling me there was no pressure to do any specific format, I figured it out a good affordable way to produce a great sounding dvd-v/a containing all lossless and lossy formats for stereo and surround, all using software that's not been released 20 years ago and discontinued

And a big thanks to Duncan. 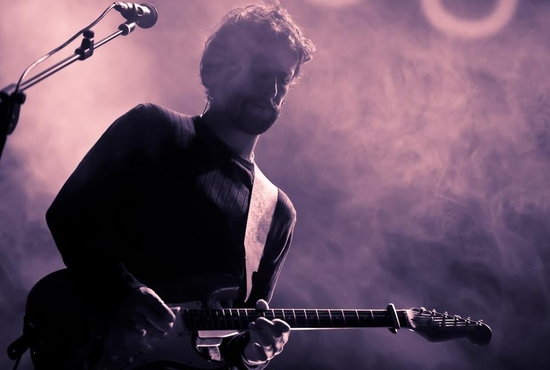 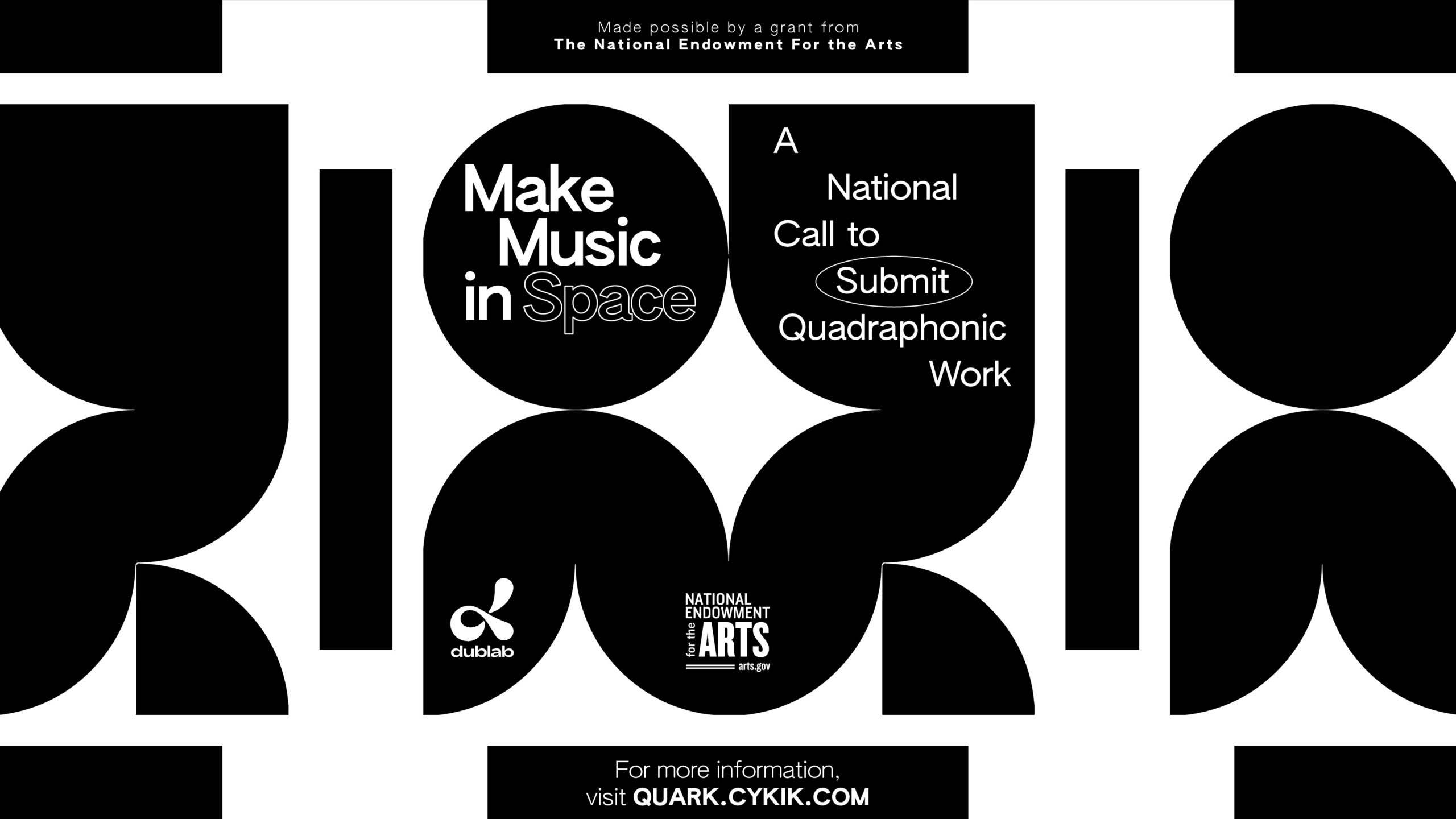 A QS Quadraphonic matrix encoded Stereo CD or Stereo download could be offered, the Surround Sound effect would be audible using Stereo speakers or Stereo headphones/earbuds.

A QS Quadraphonic matrix encoded Stereo CD or Stereo download could be offered, the Surround Sound effect would be audible using Stereo speakers or Stereo headphones/earbuds.

the quad matrix is a nice idea, it goes back to the quad vinyls in the 70s! But I do use indeed the central channel as well and the lfe (to a lesser extent but is there), this seems an even more niche, and would need yet another mix version, so I’ll stick to the standard 5.1 flac in terms of download and dvd dts9624/lossless dvd-a being more the ‘standard’ of an already narrow niche

IMHO, no separate mix would be needed for QS encoding, both CF and LFE content could be added equally to L(F) and R(F) prior to QS encoding.

My main idea is to make (a type of) enhanced Stereo (which QS encoding of the Surround original provides) easily available to Smartphone+Earbud Stereo listeners.

If you really mix for 5.1, simply adding back central and lfe to front ones it will not sound nice or proper, as it would be added so it would sound unbalanced. It would need some adjustment anyway to sound good.

nosound said:
I’ll have a look as soon as I have some time
Click to expand...

Thursday at 7:57 AM
beerking

An update on this sub-forum, off-topic posts (and a brief update on QQ reorganization)