Nah Jon, Closed loop are pretty much maintenance free. No refilling etc - it should last as long as the warranty or longer.

Just dusting radiator and fan as you usually would for your whole system.

Snood just a worry wart anything wet near me electronics

If you had a custom loop with joints and connectors - people love them but there are a lot of horror stories tooooo Not to mention that colored liquid after a while starts to cake and look like sheet and loses its thermal props and does have to cleaned and replaced every so often.

sjcorne said:
Damn. The biggest pain for me in doing quad conversions is waiting for the album-long 96/24 .wav file to fully load into Audacity. It can take anywhere from five minutes to like half an hour! I bet you don't have that problem with this thing...
Click to expand...

Good grief!
Even with my old laptop (since retired) that was a C2D CPU machine, just loading an hour long 24/96 5.1 file into Reaper was pretty much instant.

That old machine would take hours to convert a dts2496 album to 24/96 5.1 wav with the old kludged mess of software with a couple Windows apps with hacked codecs running under Wine. That's the most long winded thing I remember. That same mess of software on my 2011 quad core i7 Macbook Pro takes about 3 minutes.
Today, ffmpeg for the win! Takes about a minute.

You could buy 10 of these machines and set them up with SSDs for what you'd pay for a new one. They'd still outlast the new one by probably 10 years too. No reason to break the bank with this stuff!
B

I wouldn't worry about leaks, but I got a system with the liquid cooling about 7 or 8 years ago. It was the shit. Until it wasn't. I honestly didn't notice any better cooling, at least not extremely better, as hyped. I did however have 2 of them fail. Because my system was set up for it, it was a bitch to get a fan for my processor when I finally gave up and went back to a fan. I am not saying they are bad, but I had 2 stop working and fry my processors. No leaks, just quit. Sorry I don't remember the brand, but it was rated highly also, or I would have never done it. I hope you have MUCH better luck than me. My 3rd processor and fan are working fine, but I barely use that computer anymore. I am still a bit gun shy. I paid for it 3x over unfortunately.
S

JonUrban said:
Well, my big monster desktop that I assembled myself some years ago started locking up. It had serious USB issues that were getting worse so I decided it was time to make a new one. As most of you old timers know, the days of desktop computers have come and gone, and the days of retail computer stores that sold stuff like CompUSA and Computer City are long gone, as are the weekend "computer shows" that showed up every month or so at local hotels and convention centers. Other than a few mom and pop computer holes in the wall, most everything is now newegg and amazon, but that's cool. I can deal with that.

So I started researching and ordered all the stuff - Motherboard (Made sure it had 5.1 output jacks), Big ass power supply, tower, super fast SSD, fast RAM, decent CPU (I am not looking for overclocking gaming speed, but I got an unlocked one just because). I was going to go with the motherboard video, but decided on a lower tier graphics card. So everything shows up, I put it all together slowly (in the old days I would have pulled an all-nighter). Carefully checked everything, plugged in fans and kept the internal wiring under control and it booted fine! Loaded Windows 10 Pro and began reloading software. I had to transfer licenses of AutoCad (for work), Adobe, and some other stuff. Most of the audio software wasn't an issue. In fact I was happy that I would be free of all of the old versions that were still installed on the old machine.

So, dragged it upstairs to connect it to the speakers and integrate it into the QQ Headquarters, plugged in the 5.1 audio cables, loaded Sound Forge 12 and went to set the channel assignment. BOOM! CRASH! WTF! Guess what. Even though the motherboard has 5.1 discrete output jacks, it only has a STEREO audio capability. There is some sort of enhancement for headphones, but no discrete 5.1 audio. Going to Windows Sound Settings, the old setup your speaker app had no selection for 5.1 or anything, stereo was it. I searched and Google'd and sure enough, that's the way they do it now.
Click to expand...

You should have just gotten a modern video card with HDMI out.

Come on Snood, been liquid cooling my CPU for ? Since Windows 7 same system no problems all self contained. Radiator with hoses, and I prefer AMD's same thing no issue's (now no AMD'S in a laptop, run too hot).

being that we are old school
You said you googled it, but something just doesn't feel right, the motherboard documentation says it does 7.1 output, but it doesn't have multi-channel recording capabilities? I linked the ASUS help info to get educated on this because clearly I am missing something. I like that it has the optical port too, which also handles multichannel output in my setup.

checkout the water-cooling on this bad boy 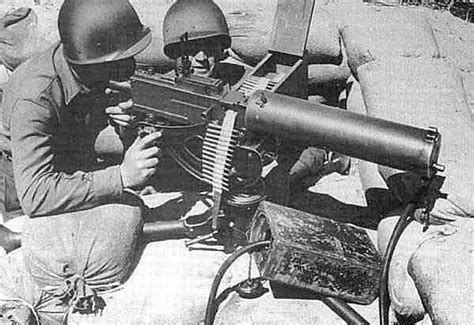 Say what you will about Soundblasters, they got me into surround

Got the Audigy 5 in there and now everything works and is happy. Everything old is new again. $4 for one day shipping from Amazon was well worth it. That's less than I would have had to pay for gas to drive to Worst Purchase if they stocked the thing, which they don't. I mean, who does? The market for them is pretty small, I mean, it's me... and.........................

Steven: The motherboard and the video card both have HDMI outputs, but I don't think either one helps me for this particular use. Remember, this is not a media server or audio system front end, it's a DAW for an old quad hacker like me. Heck, HDMI might have worked with something, but I don't know how. The $60 for the Audigy was fine with me - as long as it works.

MrLocker: Yes, the MB says '7.1' and all that, that was the whole reason I started this post. It does "surround sound", but it does it through it's own internal synthesizer software/firmware. There are no drivers for discrete one in one out per channel audio. Boggles the mind because the old ASUS Maximus VI I had in the old box did it all and it sounded fine. I specifically chose the new board because their web info page on the board blabbed about how great the audio was and it's specifications. Thus, BEWARE!
J

They used to (maybe still do) sell "surround receivers" like that. All the connections on the back. Amplifier channels built into the thing. All that expensive hardware sitting right there but no way to play discrete surround. The only thing you could do with all those additional channels was put fx on stereo sources.

You have to really watch out for HDMI too!
Some of those HDMI outputs as well as inputs are restricted to video only.

So not only is this a complex setup for the average consumer to begin with but there's a lot of bait and switch products out there to shut you down. You almost have to study or get a degree in audio to navigate this stuff sometimes.
C

Snood said:
Snood just a worry wart anything wet near me electronics
Click to expand...

That is why adult bevvies et al stay at least 12 feet from my hifi set up. The puter is under a desk so me ain't too worried. Besides, puter less important than audio set up, except for QQ of course! 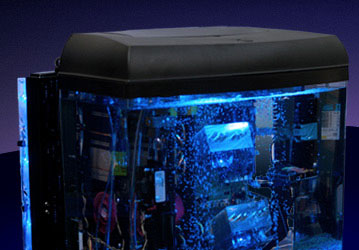 So, sorry for the tale of woah, but I figured I could vent here and if anyone else is crazy enough to build their own computer here in 2019, think of this as a heads up. This is the motherboard I used: https://www.asus.com/us/Motherboards/ROG-MAXIMUS-XI-HERO-WI-FI/
Click to expand...