A poster over on SH.tv just said this:

Just found out at Steve's Facebook page what he's been working on...Audio Fidelity's stereo/4.0 quad SACD of America's "Homecoming"(1972), the "Ventura Highway" album...don't have a release date yet, but this should be a GREAT one!!!:goodie::wave:
Click to expand...

To which I replied:

That'll most likely be the 5.1 mix done by Elliott Scheiner about 10 years ago for the DVD-A rather than 4.0 quad, unless they've managed to dig up an unreleased quad master. Hearts and Holiday were released in quad, but Homecoming wasn't.

The good news either way is that Scheiner's 5.1 mix is one of his very best, in my opinion, and I hope that more people get to hear it.
Click to expand...

And the original poster came back with:

According to Steve's Facebook post about this, there WAS a quad reel of this album produced back in the day that was never released...and will be included in this SACD...
Click to expand...

So it looks like we may possibly be getting Homecoming by America with an unreleased quad mix on the multichannel layer. It's a great album, and if the info above is true it's a pretty cool release if you ask me - I think they could have easily reissued the 5.1 mix but instead they've dug up a previously unreleased quad master for us. More of this, please!

I'd like to have America Holiday 4.0 ... not a very good quad mix but I sure like that song Lonely People.

I really like the quad mixes for Hearts and Holiday actually, I'm not sure why they get so much stick.

I'm game for ANY America in surround on SACD.

The 5.1 mix would make sense just cause of the new ETrain partnership with Elliot Scheiner, but they have been very Quad happy lately so who knows?
If 5.1 mixes were never created for any of their other albums I'll gladly take the Quads.

If true about this title in Quadraphonic or Any other unreleased Quads that Really Could be released - all I can say is Wow.. Holy Grail territory here.

At any rate, I'm picking up this whole line of Multi-Channel titles as they come. The sound is well done all around!

These AF titles are a little soft for my tastes, but I am sure they will sound great.

The DVD-A of Homecoming is one of the highly sought after out-of-print titles because it's such a great surround mix by ES. If this were released by AF it would really help those who did not get the DVD-A when it was in stores.

If it turned out to be a "lost" quad mix, that would be a real shocker. I would have to guess this will be an ETrain, ES 5.1 mix if it is in fact a scheduled release. But it sure would be nice if it was, followed by the two quadraphonic albums on SACD!
C

I have the Homecoming DVD-A and it's excellent...
B

I have the Homecoming DVD-A. I find it hard to believe any mix of this could be better. I'm hoping it's the ES mix. Can SACD contain two multi channel mixes?

Bender said:
I have the Homecoming DVD-A. I find it hard to believe any mix of this could be better. I'm hoping it's the ES mix. Can SACD contain two multi channel mixes?
Click to expand...

Since that album is very short, yes.

First album would be a treat...

steelydave said:
I really like the quad mixes for Hearts and Holiday actually, I'm not sure why they get so much stick.
Click to expand...

Absolutely with you there. I love those two. And the conversions that exist are among the best-sounding quad conversions I've heard, too!

On an SACD one mix would follow the other. I cannot think of a release that has done that. All releases that I know of with two surround mixes have been on DVD-A or Blu-Ray, where the menu system allows them to exist in parallel. I like the Pink Floyd Immersion mixes where you can switch back and forth quickly to compare mixes.

While it would be nice to see the ES mix reissued, it would be great to have a new and uncirculated mix. The former can be found - although not often cheaply. The latter is not accessible to us, so to me that would be the priority.

This should be another winning duo. Homecoming will offer a chance to get the 5.1 mix of Ventura Highway and the tracks on that album for those wanting it on SACD - or who missed the DVD Audio edition. With the original 5.1 Multichannel mix by Elliot Scheiner.

Open Our Eyes brings the original 4.0 Quad mix of the album, with favorites like Feeling Cool, Fair But So Uncool, Devotion and Kalimba Story (among others), to Multichannel SACD. As with the earlier 4.0 Quad albums (Best of Guess Who, Best of Bread), this comes from the Quad Analog Master Tapes. And yes, it will sound excellent based on my early sneak preview of the transfer. It will be a definite must buy!

Also worth mentioning, there are more Multichannel SACD titles under development at Audio Fidelity for release later in 2015. 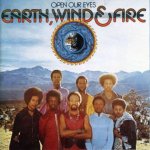 NICE!...I've got Homecoming covered...but Earth Wind And Fire is a welcome addition...

Thanks for the news, missed the America dvd-a, and any new quad reissue is a must buy. Give our appreciative regards to Mr. Blonstein for his work on these releases. Now if importcds will only ship the other four!

Also worth mentioning, there are more Multichannel SACD titles under development at Audio Fidelity for release later in 2015.

This news is a big HIT and a big MISS for me.

So excited that I can finally pick up ES' 5.1 mix of "Homecoming" as I always thought Warner Music Japan missed the boat by not making it one of its SACD releases ("The Doors" release? C'mon man! It's not really surround at all…) This disc along with "Winelight" will be very welcome additions to my collection!

The EW&F disc however is a big miss for me as "I can't stand 'em"! So more than likely I will pass that one up, especially as I'm already spending money on the Quad SACDs of Guess Who & Bread, along with "Winelight" and "Homecoming".

But once again, thanks for all your work on these, multichannel maven!

Another two great titles... I must say I'm really impressed with what AF are doing. Keep it coming!!!!

Next they could issue the quad of That's the Way of the World.... the MFSL SACD is waaaay out of print... I bet it would sell well...

I'm very pleased with these choices. I too missed out on the Homecoming DVD-A and I've always been a big fan of EW&F.

:banana: Snood in on the EWF, but already have the America DVD-A