I am back in the states after finishing a project in Abu Dhabi and have some time on my hands to update the discography's.

I am requesting any updates you would like to have added to the Popular Quad Discography including corrections.

If the title is new please include the following

I will create separate threads for the classical and other discography's for updates.

This is both an addition and an update. Currently for Sergio Mendes, it says:

To be complete and consistent, there should be three entries:

Pictures of each of these are attached for verification. 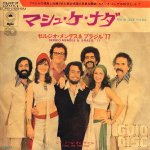 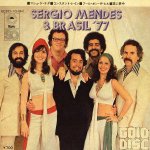 There are more, will add them soon

Thanks gang for the info. I added Hammer presents Dracula in the soundtracks.

Does anyone have this title, I have several references to it and would like some confirmation

The Chancellors-Songs Made Famous by Led Zeppelin, the end label reads "A Tribute to Led Zeppelin." Sound Alike Music SAM Q 139. Says "Vocals by Various Artists" on the back.

Mark Anderson said:
Does anyone have this title, I have several references to it and would like some confirmation

The Chancellors-Songs Made Famous by Led Zeppelin, the end label reads "A Tribute to Led Zeppelin." Sound Alike Music SAM Q 139. Says "Vocals by Various Artists" on the back.

Yes it does exist. Your info is all correct. No digital camera though so I can't take a photo.
Phil
0

not sure should i mention this, but all to you to decide:

there's no mark about quadraphonic mix but i'm 100% positive it has matrixed mix.
was decoded beautifully with perfect separation of the groups into front and rear.


LOUISE BELLSON
*typo, should be "Louis"


GOERGE BENSON -
*typo, should be "George"


MILT JACKSON -
The Impulse Years. Impulse ASH-9282 (QS) [2 LP]
(*new. Three tracks are specifically identified as being quad, all 3 from "Just the Way It Had to Be". The other tracks are not quad.)


(*and for my favorite bizarre quad discovery...)
Jackie Welch - Jackie Welch. Telvi Records LP1001 (SQ? QS?) labeled "stereo/quad". (U.S. pressing?) This is a Tom Jones style singer on Carnival's first cruise ship, the TSS Mardi Gras. All but two of the songs are in Hebrew, I guess. It's pretty terrible. I did not get much QS action out of it and don't have a good SQ decoder.

None of these are likely to be quad per se, but since they are labeled with the QS logo it seems like they should be included in the discography in some way. Y'know, they're sort of like the 1970s version of Silverline DVD-As! (In Silverline's defense, at least SOME of those are surround!)

I grab these when they are really cheap so here are a few, mostly popular music:

Scott Joplin - Excerpts from Treemonisha. Richard Zimmerman, Piano. Olympic OL-8139 (labeled QS). This one COULD actually be quad, recording could be recent enough. Haven't listened to it.

I think that somewhere I have another Olympic LP that doesn't have the QS logo, but says it's compatible for 2-channel or 4-channel equipment.

That's it Mark, I'm out of additions!

Thanks Mark for the info. I have been including the Olympic and Everest titles with the notation {The title above is from a mono recording re-channeled for quad} to alert folks who find them with the QS logo. I added {The title above MIGHT BE quad instead of from a mono recording re-channeled
for quad like most if not all other Olympic recordings, Status has not yet been determined} to the scott joplin title.

I assume the "Boys Choir of Vienna" should be in the classical discography?

Thanks to everyone who sent along additions, those folks names have been added to the contributions.
0

albeit canadian print don't have quad marking but the member of this board jaybird100 confirmed QS format of this album.

Thanks for the update Otto, I will add this sometime in the future after I do some more digging for more additions
0

have no idea about type of matrix they have used albeit print on the sleeve
and LP record say "4 Channel Stereo. Will play on RegularStereo".
b.t.w. cat.# on sleeve stated PR 5056SD when on the record label and run out PR 5056QD
P

"A Tribute to Led Zeppelin" definitely exists, in stereo and quad. Hilariously bad. I am cranking the Q8 as I type.

Where should I email some photos?
0

What an interesting album. I've got a couple of those Capitol specials, but it would be great to get a rip of this for the blog!

i'm not yet even heard it but sure i can do this. anyway have not enough time to convert all just by myself.

have no idea about type of matrix they have used albeit print on the sleeve
and LP record say "4 Channel Stereo. Will play on RegularStereo".
b.t.w. cat.# on sleeve stated PR 5056SD when on the record label and run out PR 5056QD
Click to expand...