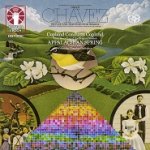 Like ubertrout, I was a little lukewarm toward the Chavez piece. Avant Gardy and atonal, so to speak. OTOH, the Copland Appalachian Spring was gorgeous. As usual, Michael Dutton did a superb remastering job and look forward to more treasures from the RCA Red Seal/Columbia Masterworks QUAD catalogue. I voted an 8.

At first blush, this might seem like another odd pairing. Sure, Four Suns, Píramide, and Appalachian Spring are all ballets, and all of the performances are conducted by their respective composers. But as others here have pointed out: Copland is melodic and listener-friendly, while Chávez is more dissonant and challenging. Still, Chávez and Copland were contemporaries and friends (citing this article, a student blog post I came across dubbed their relationship a "bromance"); they both subscribed to an FDR/“Good Neighbor” brand of Pan-Americanism, and they both approached folkloric cultural nationalism from a certain wary cosmopolitan distance (even though Copland moved away from the highbrow modernist leanings he’d shared with Chávez in the 1920s). So I guess what I'm saying is: I see what you did there, Michael Dutton.

Anyway, I think this is a great disc, and while it may not be a quad showcase on the order of Boulez Conducts Bartok, it’s still an easy 10. To begin with, the recordings are clean and close-mic’ed and the mixes uber-discrete. (Not everyone’s preference, but definitely mine.) The Chávez pieces are more dramatic, partly owing to the nature of the music and partly to the size of the ensemble. The Copland is subtler and prettier, and the 13-piece chamber-orchestra arrangement makes it feel subdued and intimate, too.

Like @4-earredwonder and @ubertrout, I’m not sold on Four Suns or Píramide, whereas Appalachian Spring is a sentimental favorite of mine. (I had an early digital LP of a different performance of this version, and I still love the piece, long since it became an “Americana” cliché.) But the sonics and the mixes on this disc more than make up for any coolness I might have towards some of the material.

(P.S.: fence-sitters on this disc might consider @steelydave 's thoughtful assessment in another thread.)

JonUrban said:
Please post your thoughts and comments on this classical release from Dutton-Epoch from October 2019

Please include a link. I cannot read the small print on the picture.

Kal Rubinson said:
Please include a link. I cannot read the small print on the picture.
Click to expand... 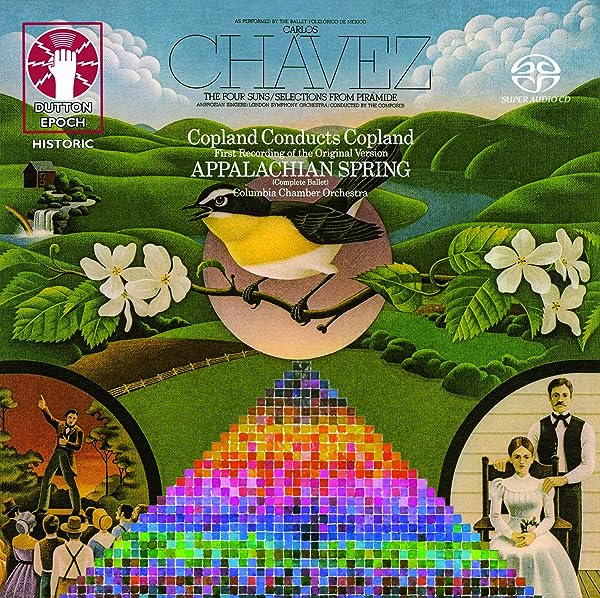