Canadian singer, songwriter and producer Devin Townsend will release "Order Of Magnitude - Empath Live Volume 1" on October 23, a document of his winter 2019 European tour that saw him taking on possibly his most ambitious live show to date.


Recorded in December 2019 in London, U.K. on the penultimate night of the tour in support of his latest album "Empath", this run of shows saw Devin joined by an incredible lineup of musicians. The band was made up of guitarists Mike Kenneally (ex-FRANK ZAPPA) and Markus Reuter (STICK MEN, THE CRIMSON PROJECT), drummer Morgen Agren (KAIPA, MATS & MORGAN, FRANK ZAPPA), bassist Nathan Navarro, HAKEN keyboard player Diego Tejeida, and guitarist/vocalist Ché Aimee Dorval, as well as vocalists Samantha and Anne Preis and Arabella Packford.


Devin's plan for the "Empath" touring cycle was to divide it up into three "Volumes," and this was Volume 1. The idea behind the shows was a simple one: none of the backing tapes or click tracks that had long been necessary to bring the kaleidoscopic cacophony in his head and on his records to life in the flesh. This would just be Townsend and a band of genius-level musicians getting up there and trying to keep it from spinning off into outer space. Or maybe just letting it spin off into outer space for the sheer hell of it.


"The whole objective was that I wanted to make that statement: This is by the seat our pants," he says. "Because it's important to me to represent this hyper anal-retentive music that I've made over the years, but in a human way. Rather than it just being, 'Well, here it is, perfectly done.'


"I was overwhelmed by the fact that all these brilliant people that I have so much respect for were willing to come together and play this weird shit with me," says Devin. "I had these unique players and this interesting instrumentation that allowed us to interpret the music in different ways. It was clear to me that I could just have fun and be me and know that they would be effortlessly be able to follow that."


That sense of fun and freedom was evident to anyone who was there on the night. Visually, it was an assault on the senses in the best possible way. A digital screen projected vivid images throughout the show. A giant gleaming mirrorball hung from the ceiling. There were multiple costume changes and a tiki bar onstage (a tiki bar!).


"Order Of Magnitude - Empath Live Volume 1" will be released as a limited deluxe 2CD+Blu-ray+DVD artbook (including expanded artwork and photos), limited 2CD+DVD digipak, standalone Blu-ray, gatefold 3LP+2CD vinyl box-set and as a digital Album. The Blu-ray disc includes a bonus behind-the-scenes documentary, and both DVD and Blu-ray feature a 5.1 Surround Sound mix.


The track listing is as follows:


Look out for the first clip and pre-order start on August 28.


In June, "Empath – The Ultimate Edition" was released, the definitive version of Devin's latest studio album. It features a glorious 5.1 Surround Sound mix with accompanying visuals, plus a host of bonus material including mixing lesson, documentary, as well as a live set filmed during his April 2019 acoustic tour.


Last month, Townsend announced a new virtual event dubbed "Empath Volume 2: By Request". Set to take place on September 5, it will see him run through the set he was due to perform at this year's edition of United Kingdom's Bloodstock Open Air festival. Townsend will be joined by drummer Samus Paulicelli, guitarist Wes Hauch and bassist Liam Wilson. 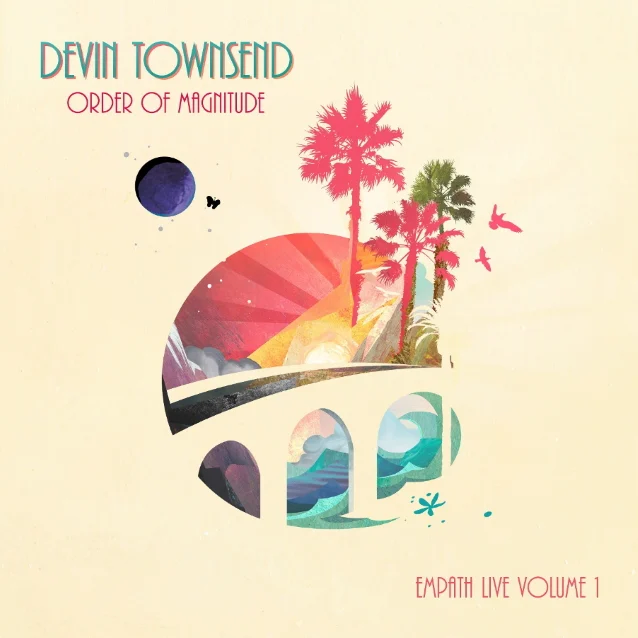 Oh boy. I might have to get this. I have a feeling with those musicians...well...you know. Kick ass!

Genesis from Order Of Magnitude.

Anyone receive this yet ? I just got shipping notice. Unfortunately it is going to be a couple of months before I get to watch it.

The original release date was the 23rd, Amazon now says 13 Nov. Looks like you will be first in ..
This is coming just in time too because the amount of times I have listened to Empath in 5.1 and my wife now calls the band by its full name ... F'ing Devon Townsend Listen To Something Else
P

Not on the surround but nice review of concert here:

Ever thought the magnificent Empath album couldn't be any more magnificent?Devin Townsend gives us a record of the live extravaganza.

Has anyone seen anything posted yet for the bluray only version for this release?
P

Hey I will answer my own question found it:

"On a strange night in December 2019, Devin Townsend brought his high wire act to The Roundhouse, a converted railway shed in Camden, North London.

Alright, best price I found for ordering from Canada($28) is here so order placed:

Find many great new & used options and get the best deals for TOWNSEND,DEVIN-ORDER OF MAGNITUDE-EMPATH LIVE VOL.1 - (G (UK IMPORT) BLU-RAY NEW at the best online prices at eBay! Free shipping for many products!
www.ebay.ca

Amazon CA has it on blu-Ray today :

I'm listening to the stereo mix now, and the "Ki" portion of the set is amazing! Coast, Gato, Heaven's End, and Ain't Never Gonna Win. I love that album! Morgan Agren is on fire, and adds an element to the songs that wasn't present on the studio album.

I am definitely ordering the Bluray for these 4 tracks alone.

The stereo mix has a pretty decent DR of 10. The peaks are all at 0db but I don't hear any clipping.
M

It's a terrific Blu-ray. A really fun concert with a very immersive surround mix. Well filmed and well recorded. A great follow-up to the last album.

Not to hijack this thread, but while following your link, I saw this...