Please post your thoughts and comments on this 2016 5.1 surround mix of the album "Love, Fear and the Time Machine" by the band Riverside, available as a CD/DVDA-V set from Inside Out Music. 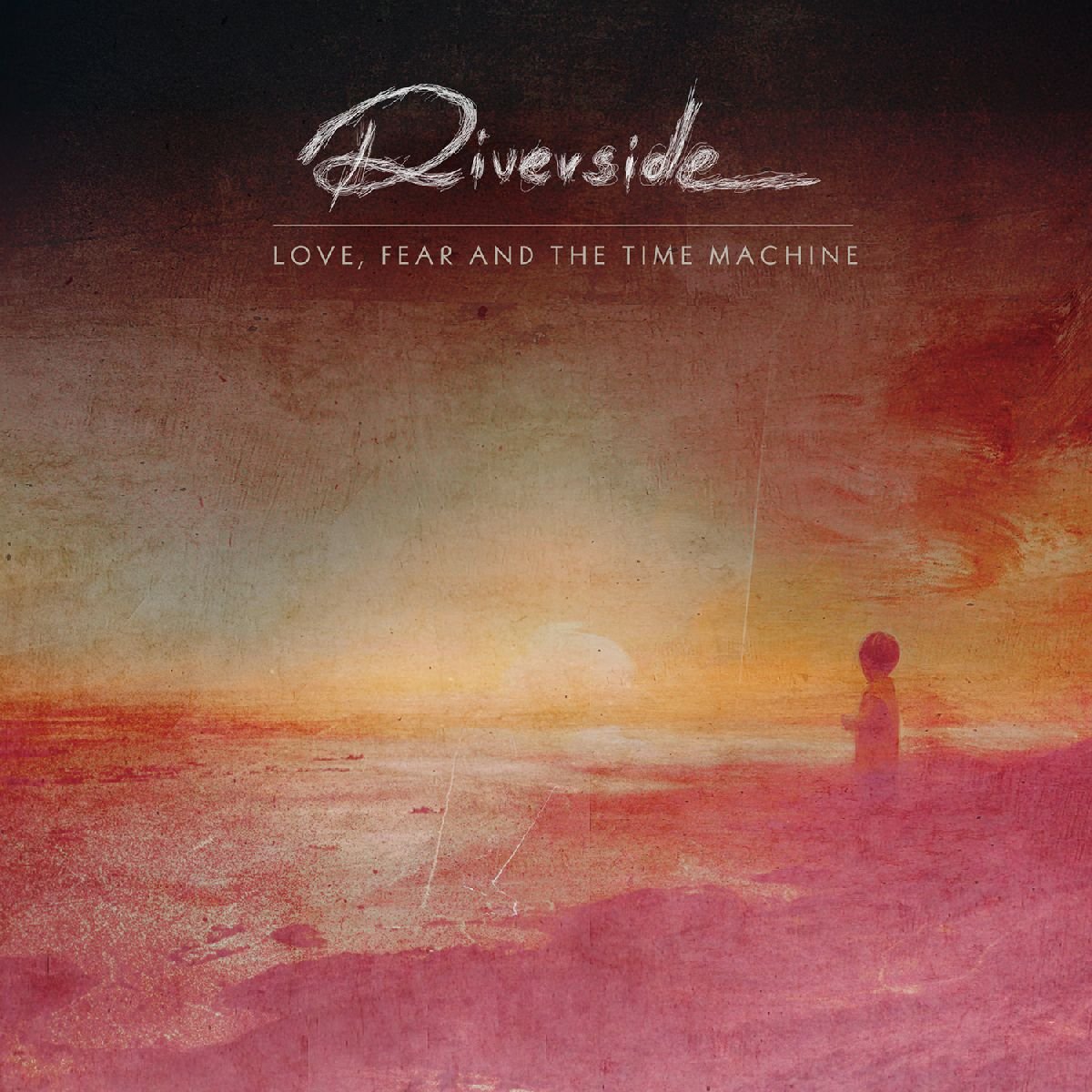 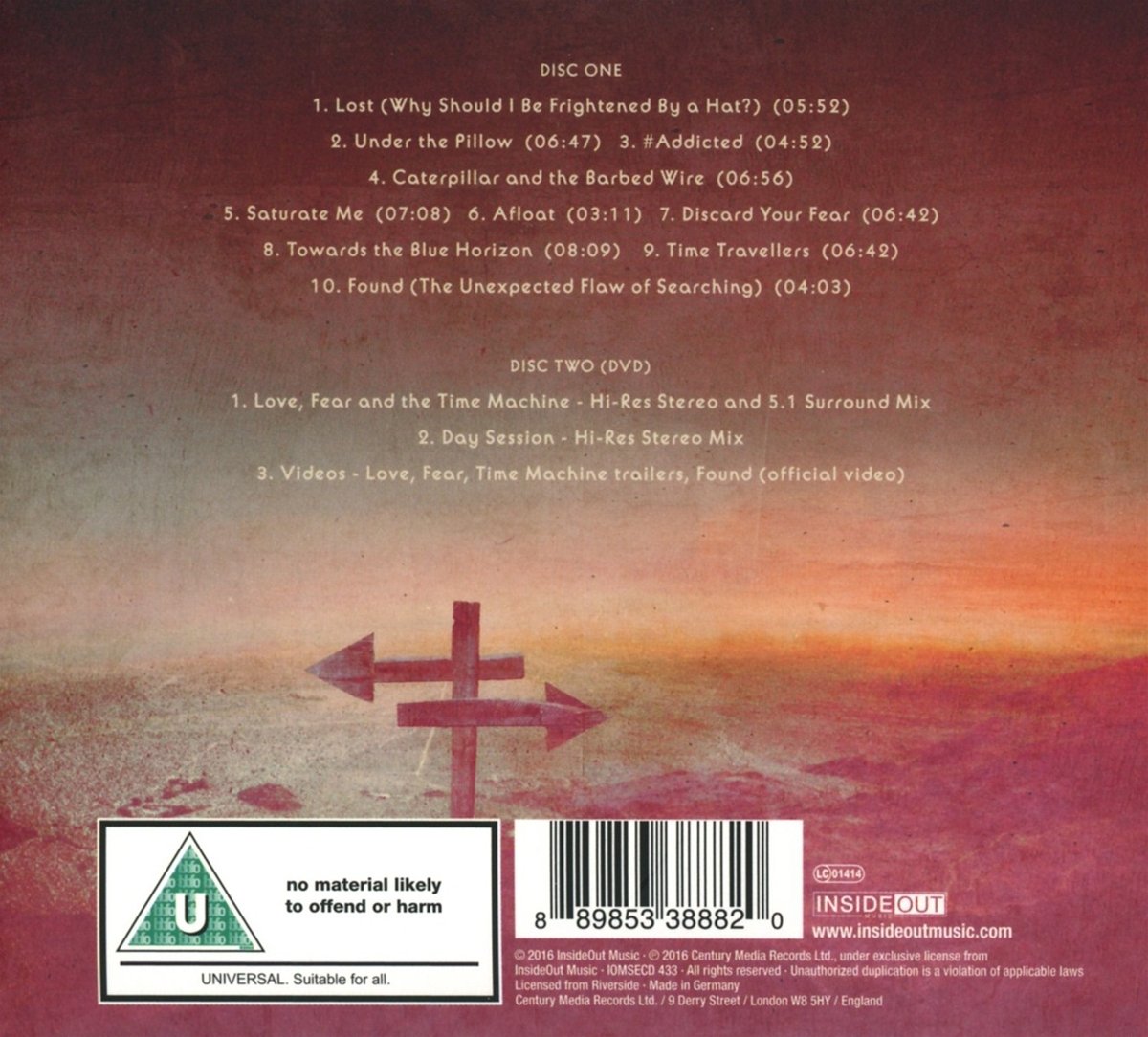 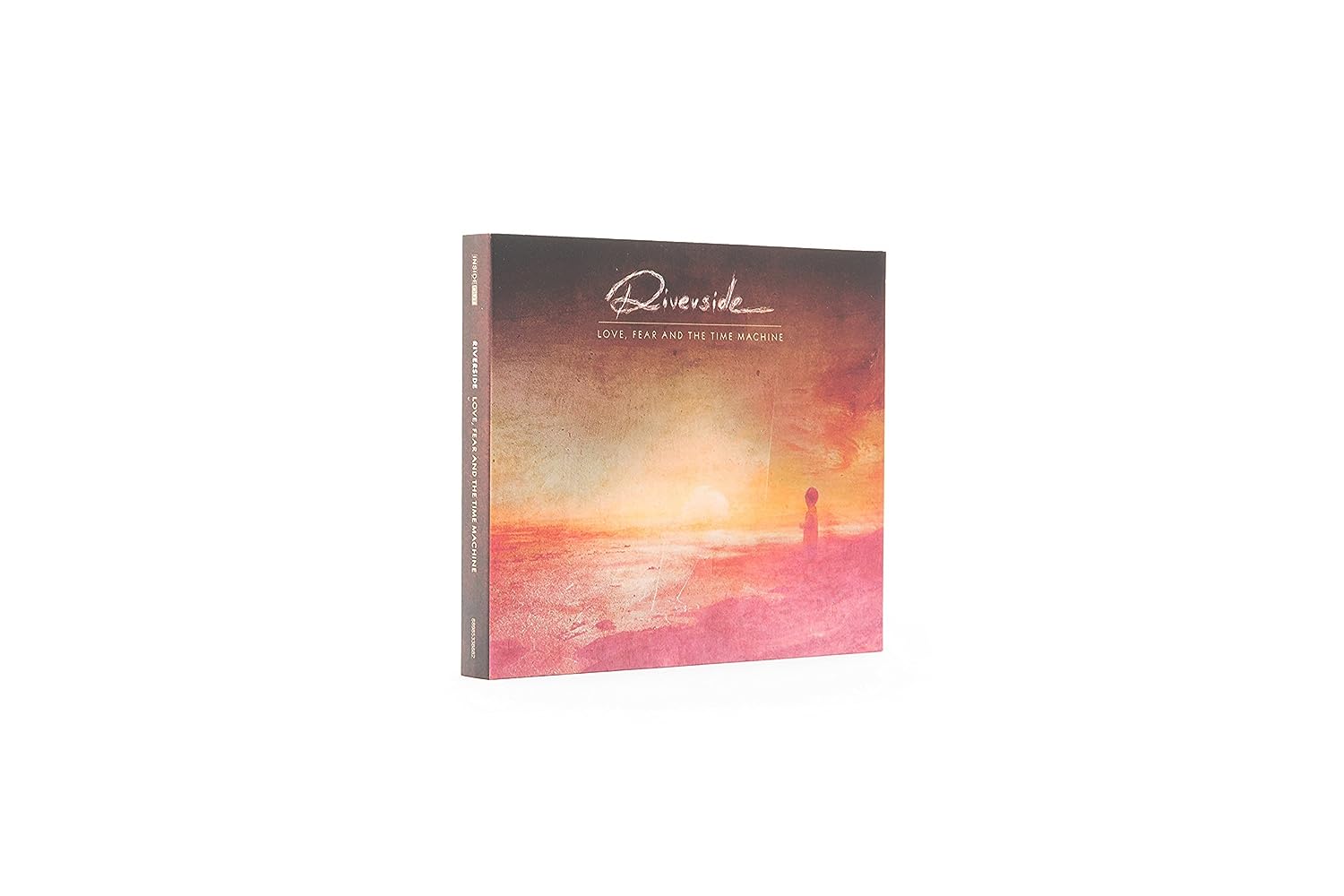 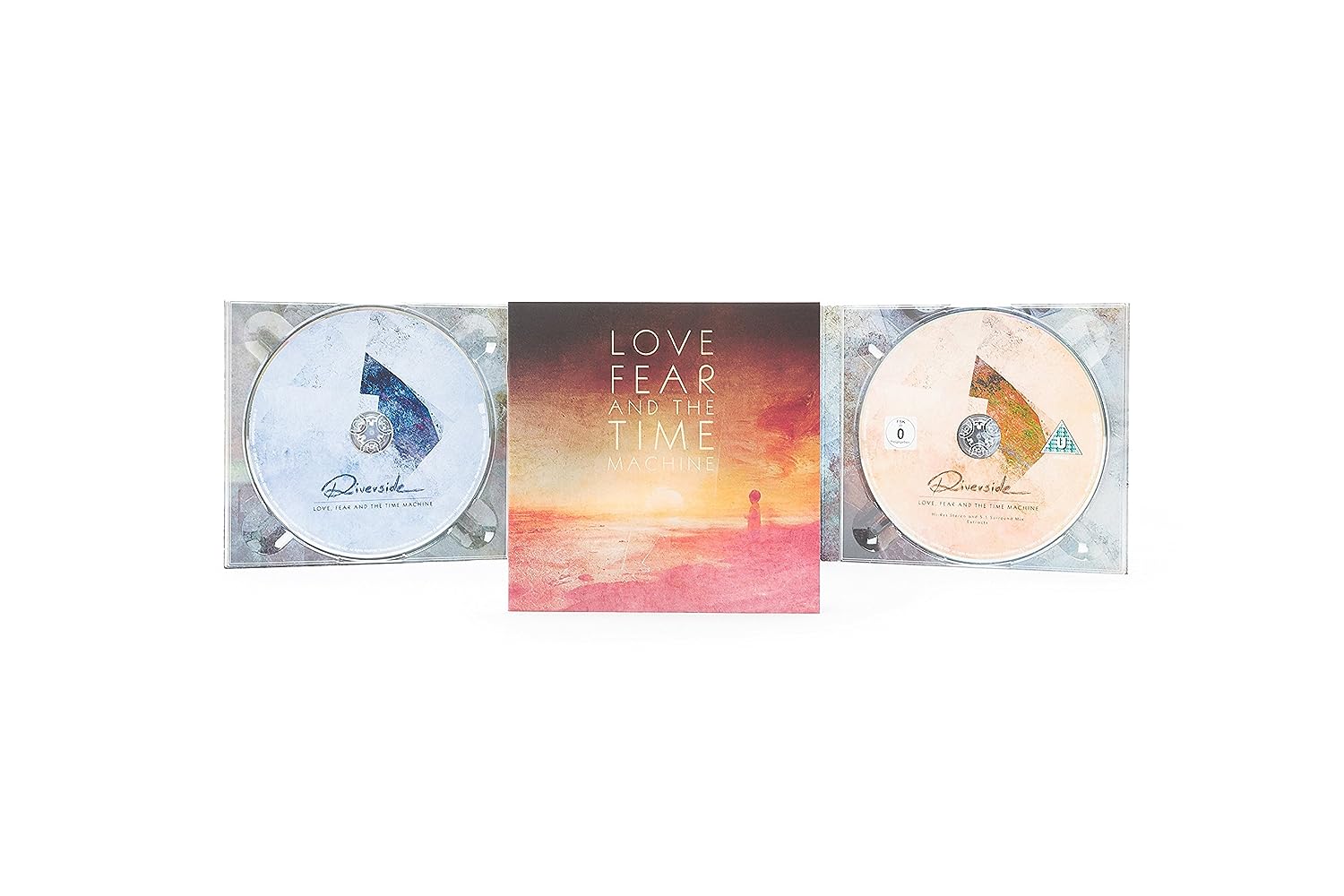 A strong 9 from me, almost feeling a 10. I absolutely love this album, and Bruce Soord's mix compliments the music in every way. He totally nailed the mix on this one. Keeping this from a perfect 10 for me is that I was hoping for a little more dynamic clarity to the top end - drums get a little buried at times, sounding very much like the CD and vinyl versions in that aspect. Also, the choice of a 44.1 khz sample rate is odd, but as I've mentioned in other threads, the sound quality really doesn't seem to suffer for it, overall.

For many artists, their first foray into surround often times ends up very lacking, misguided, and disappointing overall - poor mixing choices, squashed dynamics, shoddy authoring, tucking it away in some super expensive boxset... This release suffers from none of those things, but easily could have, coming from a label with no previous experience handling surround releases. Luckily, we had Neil Wilkes and Bruce Soord attached to this project, pretty much guaranteeing an excellent end-product.

Hopefully, Riverside continues with 5.1 releases in the future, and maybe even more from other artists on Inside Out's lineup.

Edit: So a minor correction: I just remembered Inside Out did have a previous 5.1 release which was Transatlantic's Kaleidescope, which suffered from a poor mix (so I've read - I don't own it), Lossy codec, and buried in an expensive box set. So yeah, we easily could have ended up with that...
0

7
overall mix aren't bad but mixer quite not pleasantly have dispersed lead vocal over the front instead to localize it more prominently at center.
44.1 perhaps was original recording thus lack of fidelity of the sound is understandable and in this case acceptable, albeit Bruce could use mixing
technics of S.W. and tweak the sound of each separate track in DAW before mix it down into final track. it wouldn't improve fidelity to level of 96kHz
recording but at least could give more dynamic (which isn't bad at average DR11 overall) and more pleasant sounding of upper end, which is slightly dull as it is.


note: no contents or artist's performance was considered in vote. only technical side of execution of the release.
N

I`m just gonna quote myself from the other thread:

"This is a good album with some really strong material, even though I'd say it's not their best effort ever. But all in all a very enjoyable album with lots of nice songs.

The surround mix is kind of a mixed bag to me. Overall I like what I'm hearing, with a nice and immersive experience, yet there are some parts where I can barely hear anything coming from the rear speakers and which sound like good old stereo, even though there's lots of stuff going on. Must be because of using stems instead of the full multitracks.

Sound quality is good, maybe a bit on the soft side. While I like the bass and guitars, drums are a bit too low in the mix and sometimes too buried, especially when the music starts to get busy. The snare lacks some punch, something that might be caused by the pretty soft drumming style of the drummer, yet something that could have been fixed in the mix. Again, using stems doesn't give you much of a choice, since I'm sure the drums were summed to one stereo track, so that you can't adjust individial channels anymore."

So, I notice this is in the hi-res section, but preliminary reports indicated that the 5.1 mix is 44.1/16. Can anybody clarify this?

Giving this one a 9(lossless and Dvd Audio gained it a extra mark otherwise would have been a 8). This is a very enjoyable album to listen to. I am agreeing with some others the mix is not top notch but I don't think that's Bruce Soord's fault as it must have something to do with stems sent to him.
The whole album has a very smooth flow to it, its a very mellow recording for the most part but not elevator mellow, there is good variety to the songs and thoroughly enjoyed getting to know this album for the first time through this surround recording.
Top marks for this coming out as a Dvd Audio and came at a very good price point,under $20 for a cd\dvda.

So, obviously that's a higher bit-rate than CD and that's very cool. But isn't the resolution the same as CD? Shouldn't this be categorized as a standard resolution MC album?
S

Yes, agreed. Bit-rate is not resolution though. Take those old DTS CDs, for instance. They are 44.1, but 20-bit. Better quality than CD, but still not considered hi-res. 44.1 refers to the resolution. @:

edisonbaggins said:
So, obviously that's a higher bit-rate than CD and that's very cool. But isn't the resolution the same as CD? Shouldn't this be categorized as a standard resolution MC album?
Click to expand...

Well, that's very informative, Ryan, though perhaps a bit defensive. Maybe it would be good to specify that it isn't a hi-res disc, though technically formatted as DVD-A? Just trying to help the community. There are those, I imagine, that will see the disc listed as hi-res, see that it is standard res later and be disappointed. Just sayin'...

edisonbaggins said:
Well, that's very informative, Ryan, though perhaps a bit defensive. Maybe it would be good to specify that it isn't a hi-res disc, though technically formatted as DVD-A? Just trying to help the community. There are those, I imagine, that will see the disc listed as hi-res, see that it is standard res later and be disappointed. Just sayin'...
Click to expand...

This discussion about what is or is not high-res is ultimately beyond the scope of this particular thread (which is about this Riverside disc) so I would respectfully ask that we resume discussion on this particular disc, please?
L

One of my favourite 5.1 mixes. Bruce has done a very sympathetic job here - crystal clear and good, subtle use of the channels.

Would love to see more Riverside available in 5.1 - would be nice for Piotr's legacy too.

I've owned this for a while now and listened to it a few times but it has been sat in my pile of 'waiting to have another listen' stuff.
Well I've just had another listen, prompted by a phone call to a mate who mentioned he had it, and I must say I have enjoyed it immensely, loved the music the mix and the sound.
I realised that I hadn't voted here so I did and I gave it a 10 and was amazed to find I was alone in rating this so highly, well the rest of the voters must be a fussy lot or hearing something different to me, anyway I'm sticking by my decision.

Very good songs, terrific musicianship and a great mix. This was pretty close to being a 10, but gave it a 9.

Finally got round to picking this up the other day. Haven't gotten round to listening yet but when I get home from Sydney, if will be among the first things I do.

Glad to hear that the Hi-Res mix is getting good reviews.