Please post your thoughts and comments on this 2017 live release from the Pineapple Thief called "Where We Stood".
This release features a live concert with two 5.1 surround mixes along with the 5.1 surround mixes for both "Your Wilderness" (previously released on DVDA-V) and "8 Years Later" (previously unreleased in surround sound).
Finally, there's also six acoustic bonus tracks (also in surround sound) and several bonus videos.
For information on navigating through this Blu-ray Disc, go here: https://www.quadraphonicquad.com/forums/entry.php?240-Navigating-The-Pineapple-Thief-s-quot-Where-We-Stood-quot-Blu-Ray 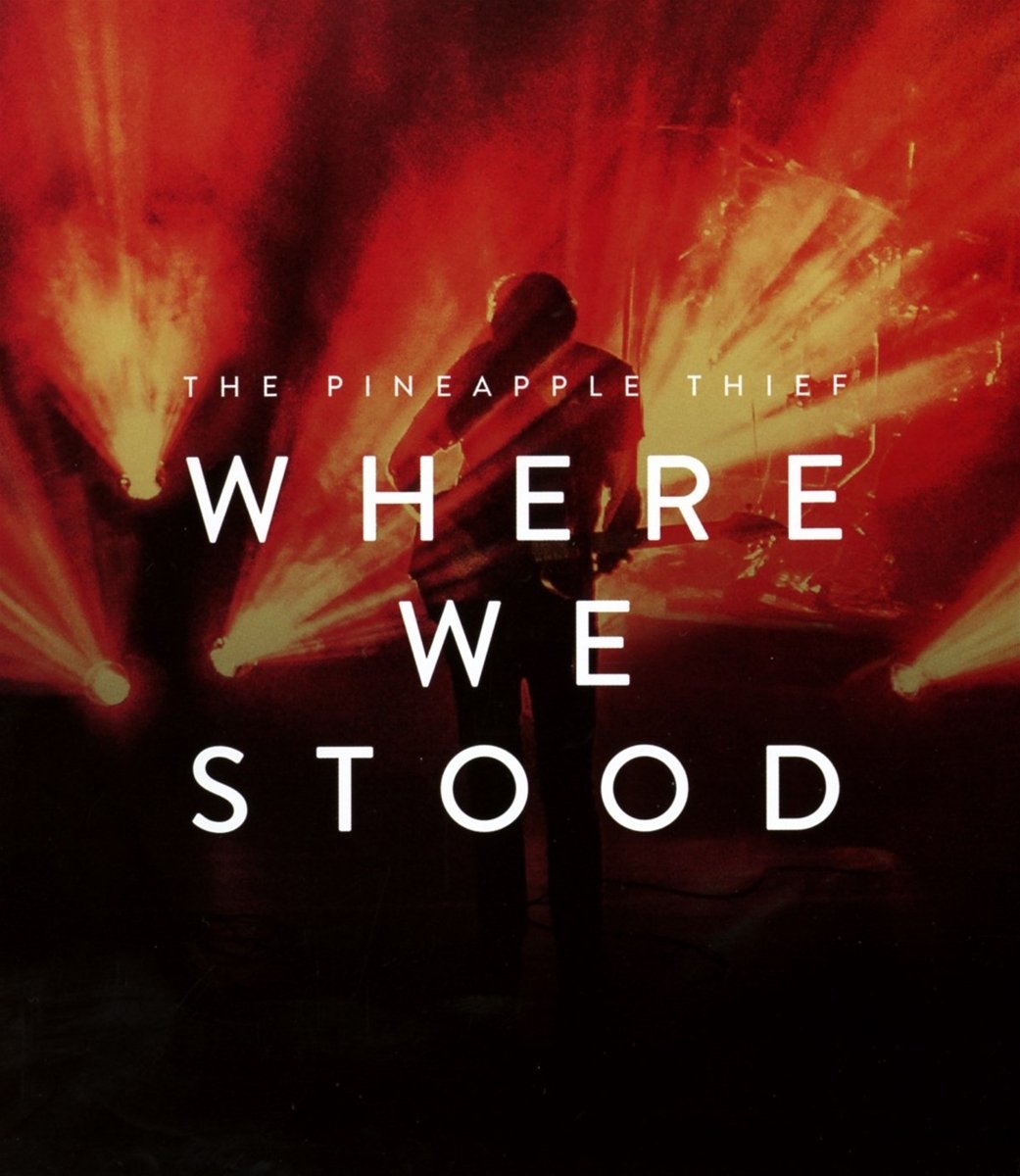 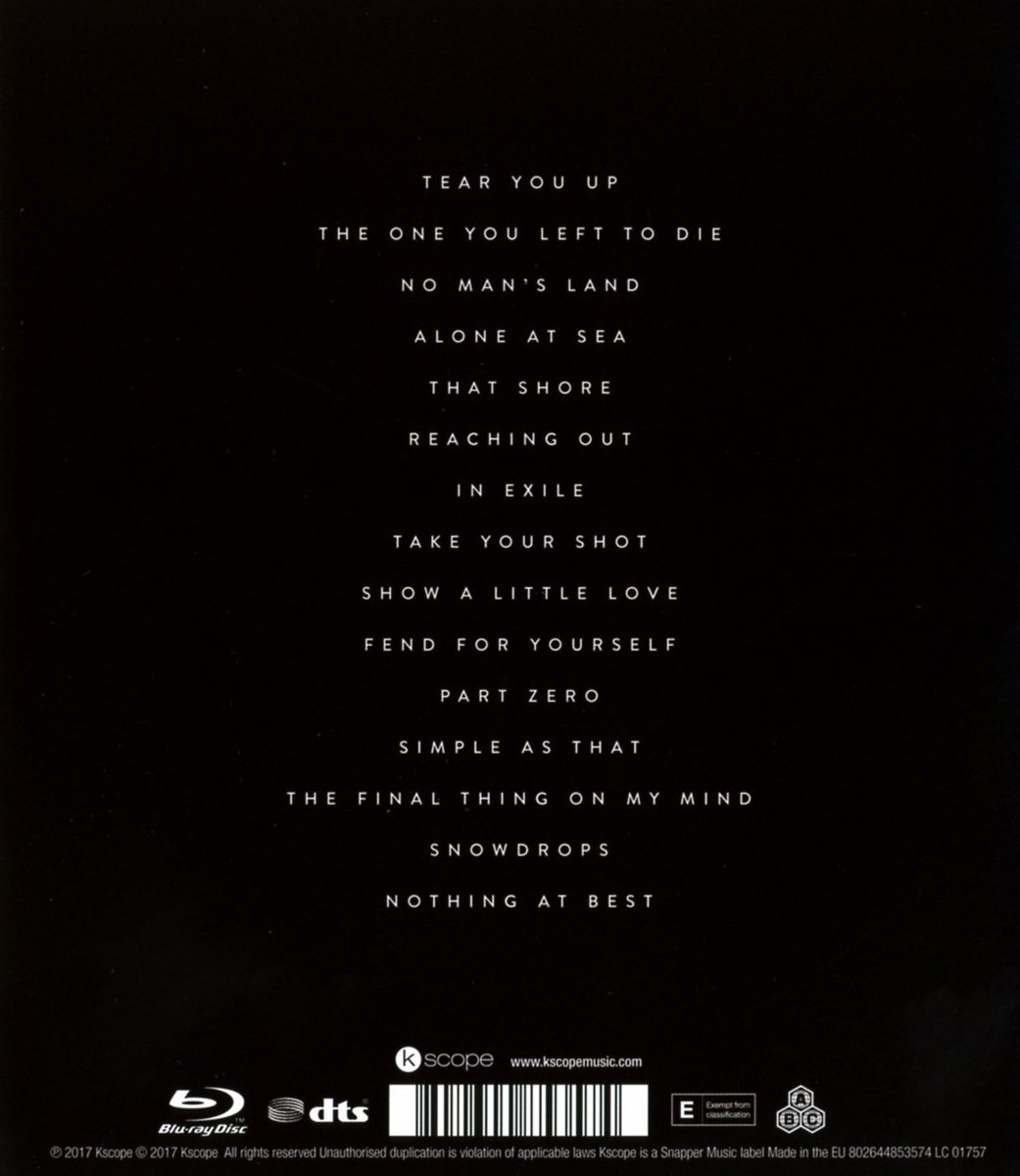 I've been a bit of a lurker on this forum for a while, but I feel like I need to speak up and say what a great release this is. Before I get into some of the technical aspects let me just say that their latest studio release is really special and their absolute best to date in my opinion (note: the studio album is included, see below!). The concert itself is really enjoyable and the performances, especially with the additions from Darran and Gavin are incredible! As far as I can tell there are no overdubs and Bruce's singing is great live.

It's only £14.99, and I actually would have paid that just for the concert, but they packed in an amazing amount of additional content:

As well as:
- An acoustic 5-track bonus album in 24/96 hi-res stereo audio
- A Where We Stood documentary film featuring behind the scenes footage from the concert
- Exclusive documentary footage of Bruce Soord during the songwriting process
- A making-of video for the single "In Exile"
- Soord's acoustic studio performance of Tear You Up; the official videos for In Exile and No Man's Land.


There is one negative to this release, and that is the video quality. It's far from terrible but I've found there is a lot of "ghosting" during movement (despite being clear and sharp otherwise). It's almost as if the framerate is too low. So on every other metric: value, audio quality, content, enjoyment factor it's an easy 10. Video quality could be better so that brings down the score just one notch.

If you like this artist I hope you'll support this release. This is about as good as it gets for folks like us who appreciate high quality surround releases.
S

Well, this has got to be the best value for content ever, for the price everyone on this forum should own a copy, you're getting four 5.1 mixes, a full HD Concert video, two studio albums plus the acoustic stuff and interviews etc...

I've given this a 10, I didn't see anything too distracting with the video although it has being mentioned here. Does anyone else find the sub channel a bit light? It's not really a problem but it seems a bit quieter than I'm used too. Other than that it is a very well put together disc, top marks Bruce and thanks for '8 Years Later' in 5.1!

If The Pineapple Thief can do this on K-Scope then Rush really have no excuse for ripping people off!

There is a lot of content on this blu-ray. Soord has made sure to place his guitar sound in the rears with success. 9
P

This is the craziest thing I've ever experienced for a surround sound disc in my life. There are three audio options for the main concert, sort of. There is an option to watch the concert with the documentary footage (which is about 8 minutes extra) or without the documentary footage. Other than those 8 mintues, it's exactly the same, except the docu-version only has one surround audio option(5.1DTS-MA), yet the concert-only version has two different audio options (both are 5.1DTS-MA). Here's where it gets real weird for me: The only audio on the docu-version is very similar to the default audio version on the concert-only (the non-default extra surround option on the concert-only is fully front loaded with just a hair of ambient/reverb in the rears: ie - terrible/worthless, but nice to be included for 'those people') BUT! The main default audio on the concert-only is slightly more discrete than that on the docu-version! Try doing an A/B comparison of the docu vs concert-only with the default (better) surround from the concert-only. The concert-only has more discrete acoustic rhythm guitar in the left surround. Listen to from about 15 seconds through about 30 seconds on the first song. I swear, I think there's three different mixes for this live concert! :yikes
O

Without doubt my disc of the year, love the music, the mix and the amount of content for such a ridiculous low price. Definitely a 10 from me, had been long searching for a sensible priced copy of My Wilderness without success and along came this release. Just shows what can be done,if only others would follow.

As others already mentioned, contentwise this can't be beaten. Musically, I must confess, that I like an uplifting and uptempo song now and then, so it's just 9 points from me.

I was given this wonderful disc as a Christmas present from my youngest daughter. It's the gift that just keeps giving. I was rather late to the Music of The Pineapple Thief. That meant it was difficult to locate their previous releases in 5.1. It was only when I read this thread that I realised the three other albums were included. What a fantastic surprise it has to be 10/10, but even that score seems low!

In total agreement with what people have said so far. This is really the best blu ray ever. Massive amount of content in excellent quality.

Super that Bruce included the oop Your Wilderness 5.1 and created a 5.1 for 8 Years Later!

I went with a 9.4. Absolutely the best value in a Blu-ray ever put out on this planet. Partial points deducted because the music is occasionally a snooze for me and for the previously mentioned video issues.
I do like plenty of the music and this disc will see rotation in the Baggins household.
Do. Not. Hesitate. To get this. This needs to sell out FAST, if it hasn't already, so we'll get more like this. AWESOME release.

rtbluray said:
For information on navigating through this Blu-ray Disc, go here: https://www.quadraphonicquad.com/for...pple-Thief-s-quot-Where-We-Stood-quot-Blu-Ray
Click to expand...

I know...it was a blog post, and those do not exist anymore.

I was just wondering which of the two surround mixes of the concert is the discrete one… In the menus, they’re labeled surround and alternate surround, iirc.

François said:
I was just wondering which of the two surround mixes of the concert is the discrete one… In the menus, they’re labeled surround and alternate surround, iirc.
Click to expand...

The Alternate Surround Mix is the more discrete mix.

Golly I love this forum, I wouldn't have heard of The Pineapple Thief otherwise. Got this for only $15 on Amazon Canada, a concert, two surround mixes, and two surround albums? Holy Moses!

Unfamiliar with their stuff I just popped the concert in first and watched...and watched some more...then revisited some earlier tracks that caught my ear on first listen. Damn, these guys are great!

I am so grateful to have discovered a new artist whose music I've immediately taken to, that also supports surround sound. Can't wait to tuck into the albums but it's going to be hard to skip the excellent concert video.

I just noticed I never voted on this one. I really wanted to give it an 8 because the CD/DVD deluxe edition that I posses of the studio album that’s included with this blu-ray is better sounding and I prefer to listen to that version. Also, the film on the concert suffers because the disc is so crammed full of extras. I’ll very rarely play the blu-ray just to watch the concert but because of the generous amount of program material, I voted a 9.
P

Was able to share a surround listening session with a friend this week and again thoroughly enjoyed the live set put on this bluray.
With Gavin Harrison playing on this and also on Bruce's next release good times ahead for Pineapple Thief fans and for anyone that has not picked up this Bluray yet, what are you waiting for as this is one of the best 5.1 Bluray's available.
B

Perpendicular said:
I just noticed I never voted on this one. I really wanted to give it an 8 because the CD/DVD deluxe edition that I posses of the studio album that’s included with this blu-ray is better sounding and I prefer to listen to that version. Also, the film on the concert suffers because the disc is so crammed full of extras. I’ll very rarely play the blu-ray just to watch the concert but because of the generous amount of program material, I voted a 9.
Click to expand...

Doesn't make sense. The surround files for the album, I believe, are the same for the DVD and the Bluray, so shouldn't sound any different, of course assuming the same playing mechanism. I agree the video quality could be better though.

bluelightning said:
Doesn't make sense. The surround files for the album, I believe, are the same for the DVD and the Bluray, so shouldn't sound any different, of course assuming the same playing mechanism. I agree the video quality could be better though.
Click to expand...

That’s what I said, but I hear a difference between the two. Not sure why. It may be how it was mastered to each format? Or, the codec used (DTS vs PCM)? My system? You tell me?
You must log in or register to reply here.
Share:
Facebook Twitter Reddit Pinterest Tumblr WhatsApp Email Link