Tina Turner's "Break Every Rule" gets a Deluxe Edition in November

Info from SecondDisc.com-
Last year, Parlophone revisited Tina Turner's 1989 triumph Foreign Affair in a deluxe edition. Now, the label is turning the clock back to 1986 for a similar presentation of the artist's equally incendiary Break Every Rule. The 1986 album will be reissued on November 25 as a 3CD/2DVD box as well as on vinyl and as a 2CD expanded edition.

Break Every Rule followed Turner's 1984 solo breakthrough, the four-time Grammy-winning Private Dancer (itself reissued as a 2CD Deluxe Edition in 2015). Though the lead single "Typical Male," written by the team of Terry Britten and Graham Lyle, didn't match the chart-topping performance of the duo's "What's Love Got to Do with It" from Private Dancer, it came close with a No. 2 berth on the Hot 100. The Bryan Adams/Jim Vallance-penned "Back Where You Started" netted a top 20 placement on the U.S. Mainstream Rock chart as well as another Grammy award for Best Rock Vocal Performance - Female. (Adams and Vallance also played on their song.) Adams wasn't the only superstar to contribute a track; David Bowie offered Tina "Girls," which he would record himself on Never Let Me Down in 1987. Phil Collins played drums on Turner's rendition (as well as on "Typical Male"). Mark Knopfler added guitar to "Overnight Sensation" and "Paradise Is Here" and Steve Winwood soloed on "Afterglow." Break Every Rule reached No. 7 on the Billboard 200 and No. 2 on the U.K. Albums Chart, earning Platinum certifications on both sides of the Atlantic.

The 3CD/2DVD deluxe edition, housed in the same small box style as Foreign Affair, opens with the remastered original album. The second disc offers a selection of 10 B-sides, remixes, and live tracks (though roughly twice that many associated tracks were released contemporaneously with the album). These include Turner's rendition of Diane Warren and Albert Hammond's "Don't Turn Around," later an international hit for Ace of Base; and her covers of Sam Cooke's "Havin' a Party" and Al Green's "Take Me to the River." The third CD presents Turner's Guinness World Record-earning concert in front of over 180,000 fans at the Maracanã in Rio de Janeiro, Brazil. This landmark show is also presented in video format (as first released on home video in 1988) on the first DVD; the second contains the album's music videos (newly upgraded to HD) and a second concert, from London's Camden Palace, which was also issued on VHS. It comes complete with its introduction from Matt Frewer, a.k.a. television's Max Headroom.

The remastered Break Every Rule will also be issued on black vinyl and as a 2CD expanded edition; the latter format mirrors the first two CDs of the box set (dropping the Rio concert and the DVDs). All formats, including streaming/download, are due from Parlophone on November 25. 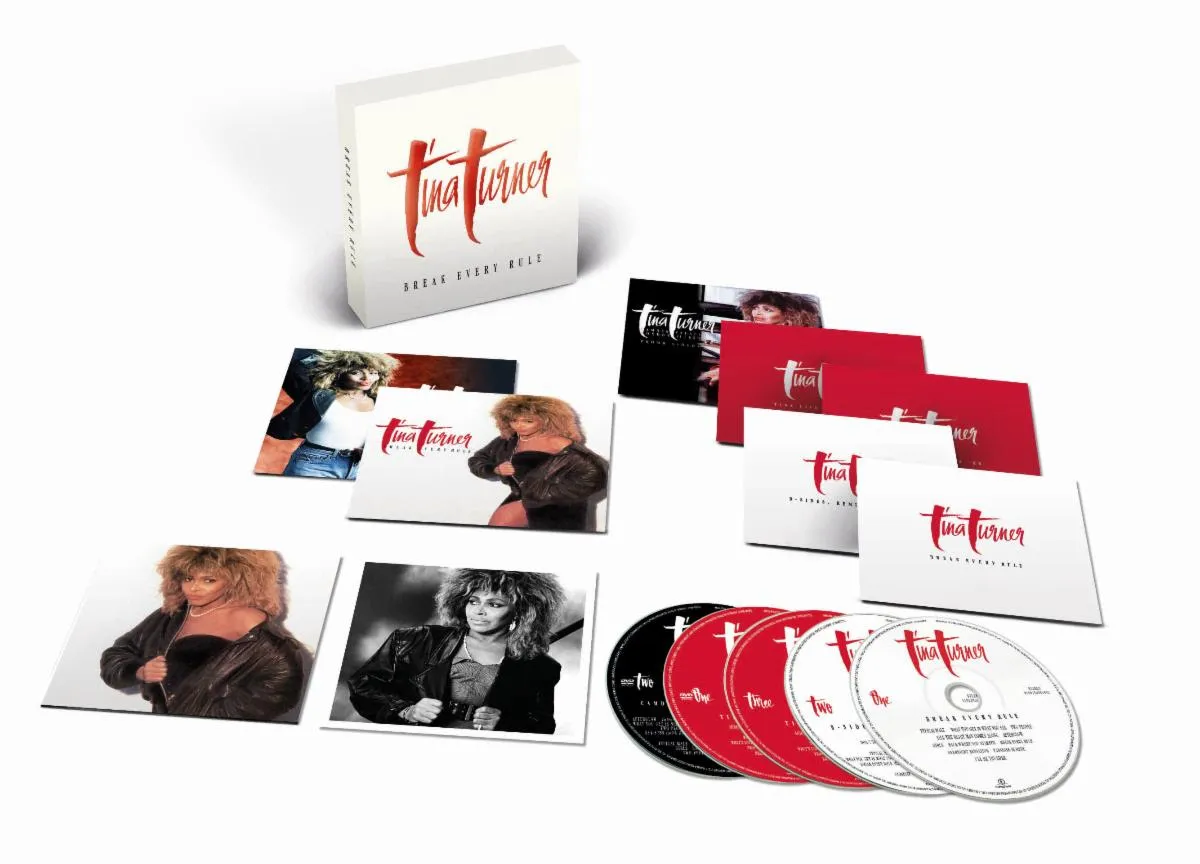 Man. There were some amazing 12" mixes, instrumentals and dub mixes around that album! I LOVE the "Rock Mix" of "What you get is what you see" or the long instrumental version of "Two People", and I've been hoping for decades they'd see a good CD release. Alas, screwed again.
You must log in or register to reply here.