leahypc said:
I got around to looking at the Blood, Sweat & Tears release as well, then decided to go ahead and get both items. What the hell, right? I started thinking about how many times I've been burned in the past by waiting too long, so that did it. It's been a hell of a year for high-res in general, hasn't it?
Click to expand...

Clint Eastwood said:
I wasn't in the hobby when DVD-A got started so for me this year has been the greatest period of releases so far

I started in '06 with Porcupine Tree's In Absentia and Deadwing, then I got a lot of the other DTS Entertainment titles (DTS CDs, DVD-Vs and DVD-As). It just went on from there, and luckily I managed to get a lot of the original DVD-A titles (including Rhino/WEA) for normal prices. Lots of SACDs along the way, but I've never quite liked them as much as DVD and Blu-ray.
C

Just finished listening to Sinatra at the Sands(which I love)so time for some serious Sinatra...Where Are You SACD

Clint Eastwood said:
Just finished listening to Sinatra at the Sands(which I love)so time for some serious Sinatra...Where Are You SACD
Click to expand...

Did Sinatra at the Sands come out on SACD or Stereo DSD Download? Must have missed that.
C

bmoura said:
Did Sinatra at the Sands come out on SACD or Stereo DSD Download? Must have missed that.
Click to expand...

DVD-A only...as far as I know...just mentioned it in passing..I was too lazy to make a separate entry in the multi channel thread...just included it with the stereo SACD...

Time to start a second thread, original is over 80 pages!! :yikes

After moving another foot of snow from the driveway and surrounding areas, my brain kept playing "Snowbound", so once I came in and dried off, it was an easy move to the DVD-A of "Kamakiriad".

Wake me up when the wolves come out to play 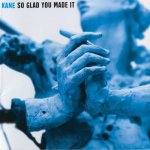 This is a very good listen.
C

This is a very good listen.
Click to expand...

I notice one of their old guitar players is one Paul Jan Bakker. Any relation?

Fourplay said:
I notice one of their old guitar players is one Paul Jan Bakker. Any relation?
Click to expand...

Nope, Jan and Bakker are very common names in Holland and my JanBakker is a nickname anyway
C

Tom Petty-Anthology...62 freaking songs..so much music and so little time

Graham Nash - Songs For Beginners - DVD-A - Haven't played this one much... Time for another spin.
C

I'm still listening to Anthology...they do a nice job on "green onions"....Booker T would be happy...


Clint Eastwood said:
I'm still listening to Anthology...they do a nice job on "green onions"....Booker T would be happy...
Click to expand...

Always wondered how the heck they come up with the name for a song GREEN ONIONS....so....WIKI says:

According to Steve Cropper, the name is not a marijuana reference; rather, the track is named after the Green Badger's cat, Green Onions, whose way of walking inspired the riff. Songfacts.com, however, ascribes the track's title to Booker T. Jones. When asked by Jim Stewart what he'd named his track, Songfacts reports, Jones replied "Green Onions." "'Why "Green Onions"?' Jim asked. Booker T: 'Because that is the nastiest thing I can think of and it's something you throw away.'"

On a Wait Wait... Don't Tell Me! broadcast on June 24, 2013, host Peter Sagal asked Booker T. why his song was called, "Green Onions". Booker T. said, "The bass player thought it was so funky, he wanted to call it, 'Funky Onions', but they thought that was too low-class, so we used 'Green Onions' instead."
C