I received this E-Mail today from Music Direct: "Unfortunately, we have learned that Analogue Productions will no longer be releasing Cat Stevens “Catch Bull at Four” and “Teaser and the Firecat” on SACD and LP."

The items are no longer listed on Acoustic Sounds website, either. 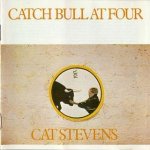 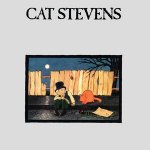 Here is a link to Teaser & Firecat and Bull: http://store.acousticsounds.com/d/79639/Cat_Stevens-Teaser_And_The_Firecat-Hybrid_SACD

Yeah the Tea for the Tillerman SACD sounded too bright for my tastes.

These issues usually involve a problem with licensing, or availability of tapes needed to make a strong audiophile release. Can't imagine why there would be a problem with the latter, so it's curious that these were cancelled. As for sound quality, that's rarely an issue governing what is or what's not released. If that were true, MFSL would never have issued any Velvet Underground...I mean, what can you do to improve VU&NICO or WL/WH? What would you want to?

The Cat Stevens releases are known for sounding excellent, so if they came out bright and thin the release would be seen as a disaster

You're right. But I remember in the old vinyl days of MFSL, they occasionally released an inferior product, although never on purpose, of course. The Doors' '67 debut was a good idea undermined by using what had to be a copy tape rather than the original stereo mixdown master. The flutter on the opening of "Break on Through" suggested that whatever tape was used was flawed and possibly worn. That should have been caught before it was sent to be mastered, but things happen. I don't have this particular Cat title so I can't speak to its brightness, but if that's the case, how did it get to the street? I mean, that's something you'd have to be deaf to miss, since anyone putting out audiophile titles should be able to tell what's right sonically and what's wrong with popular titles like TEA that have been around for decades. The more common an album is, the easier it should be to spot any sonic flaws you don't remember from the past.

Which still doesn't explain why these two titles are being canned. A shame, although anyone wanting optimum sound for Cat can simply go to original UK Island Lp pressings for a fine alternative, though such sound quality should be easy enough to obtain through CD, too.

I have an unreleased Catch Bull at Four vinyl MFSL test pressing, done when they were using the JVC plant.."Road to 18th Avenue" sounds really, really, good..

I recall reading somewhere quite recently that the artist (sorry, not sure what name he is using at this point in time) has changed management and they weren't in favour of these releases.

The Rang said:
I recall reading somewhere quite recently that the artist (sorry, not sure what name he is using at this point in time) has changed management and they weren't in favour of these releases.
Click to expand...

Both theories - lack of quality master tapes and lack of artist and/or management firm approval - have sunk previous remaster plans for other SACDs and DVD Audio discs.
So that could be the case here as well.
You must log in or register to reply here.
Share:
Facebook Twitter Reddit Pinterest Tumblr WhatsApp Email Link