I’d love to hear how it looks and sounds!

HomerJAU said:
I’d love to hear how it looks and sounds!
Click to expand...

Direct TV was showing this on one of their 4k channels recently, I set the DVR and the Mrs deleted it by mistake thinking it was one of the earlier AXS Rock Legends show she saw before. They don't give more than a few days notice, and if the opportunity presents itself again, I'll try again. Interested in hearing the Atmos if Direct TV does that, on Video it pops up "HLG HDR".
B

It looks and sounds great, saw it tonight. Though, a live ambience mix, not an Eliot Scheiner - put you in the music thing. Maybe we will get lucky and Eagle Rock will release it with 2 soundtracks, theatrical and stage mix, similar to Stop Making Sense.

HomerJAU said:
I’d love to hear how it looks and sounds!
Click to expand...

More importantly for me is the video content of on of my favorite bands. I saw the super big film production of Soundgarden down in L.A. and I hated it, was just way too loud even though the 3 screen picture was stellar.
This INXS was a top concert at Wembley for INXS just as good as Queen, Live Aid at Wembly, the crowd's energy is beyond belief. The concert audio was in my opinion really no different than the DVD I have of Live Baby Live.
I can't get enough of INXS and I enjoyed myself in the movie theater lounge chairs, I would say 20 people at most where there for the one nighter.
The beginning had a blank screen and an audio only of what a treat we where going to be in fore. I thought this is a good sign and maybe between songs they would have band members comment on historical facts and memories of that concert, but nothing, so that was disappointing for me.
I don't think I would purchase this if it ever is offered in Blu Ray or Atmos. I have the CD and the DVD. They would have to make it really special for me to consider.
If you are interested in a great movie about INXS, with great actors, I strongly suggest purchasing, Never Tear Us Apart. In the movie they do talk about Wembley and answer the question, how did the drummer get on stage so far ahead of everyone else. If you ever watched the series Black Sails, Long John Silver plays Michael Hutchence. 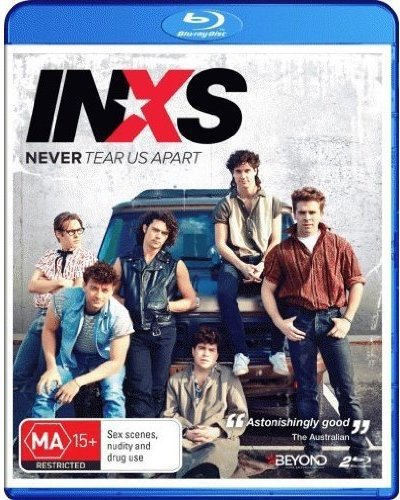 Maybe this would sound better on our home systems. It being played so loud wouldn’t have helped.

Seeing it on a smaller screen would also improve its look.

How was it marpow ?

www.jpc.de
No specs yet, though.

What great news to wake up to!

They’ve just updated the release dates to 14 April, incl 4K. I think that’s promising. Why else update it?

Says media type is "Blu-Ray" but the price is 539kr and they have another listing for "Blu-ray" at 429kr so hopefully more signs we are actually getting a UHD release, one would assume with HDR also.

An official remastered widescreen music video of this release:

Damn I thought it was going to be something new! I am really excited to own my first UHD concert.

Nothing new appears just the same old European resellers listing this as coming.

dobyblue said:
I am really excited to own my first UHD concert.
Click to expand...

This and David Gilmour‘s Live in Pompeii in 4K and Atmos would be dream releases. I’d camp down in my music room for a week absorbing these on rotation.

At least it’s still ‘coming’. December seems so far away...

Why even bother to publicise a release date so far into the future ?

They're following the MoFi model?
lol

At least it’s not the Universal Atmos Model! (or is it?)

INXS: Live Baby Live in 4K and surround is now on DirecTV Chanel 104 DTV 4K, also on a lot of other 1080P chanels AUDHD Chanels 71,101,239,334,500 all on Friday April 17th at 5:00, 8:00 and 11:00.
The only 4K showing is Friday April 24th at 11:00pm.
I recorded (DVR) the April 6th 4K showing and much better than the movie theater that I saw 4-6 weeks ago, can't remember, is a one night event.
The sound was 5.1 Dolby Digital I think. The picture at home was better than the movie theater but the sound at the movie theater was better than home, overall I would say the 4K home showing was better.
A live rock concert in Atmos is just like a live concert in 5.1, a live concert is generally no match to a studio recording, and yes there are exceptions.
2
You must log in or register to reply here.
Share:
Facebook Twitter Reddit Pinterest Tumblr WhatsApp Email Link